One more: Nvidia GeForce GTX 1650 Ultra is listed in retailer with reduced chip of RTX 2070 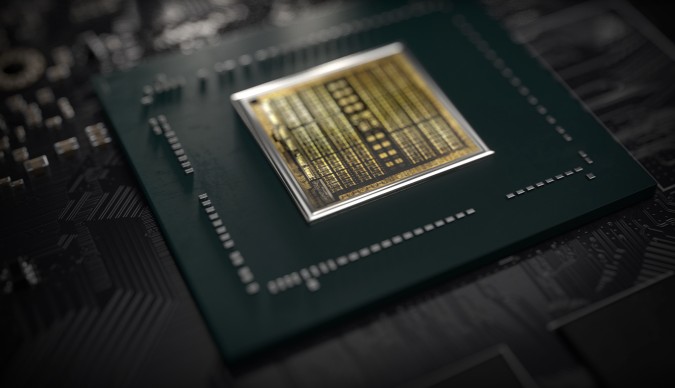 Nvidia is famous for launching several versions of the same video card with minor changes. The company’s newest target is the GeForce GTX 1650, the manufacturer’s entry-level GPU. After having a considerably superior SUPER version and a version with GDDR6 memories launched, the solution had its chip modified, which should generate small gains in performance.

The new variant arrives equipped with the TU106-125, modified model of the same GPU found on the GeForce RTX 2060 and RTX 2070. The company has simply disabled parts of the chip to match the same specifications as the standard GTX 1650, so don’t expect significant increases in performance, let alone Ray Tracing processing.

The GTX 1650 Ultra has 896 CUDA cores and 14SMs, running between 1410MHz and 1590MHz. The launch also brings 4GB of VRAM GDDR6 on a 128-bit interface with a speed of 12Gbps, resulting in a bandwidth of 192GB / s. According to the well-known leaker @TUM_APISAK, we can expect gains of up to 12% over the common model, with the novelty reaching 3700 points in the 3DMark Time Spy benchmark.

Prices have not been revealed, and it remains to be seen whether Nvidia will bring the GTX 1650 Ultra to the west, or whether it will keep it exclusive to the Asian market. In the possibility of seeing the launch of the card in the rest of the world, it will be interesting to see how the company should position it, considering that the GTX 1650 and GTX 1650 SUPER cost respectively US $ 149 and US $ 159, without much scope for adjustments.

The new GPU arrives at an interesting moment, since the Taiwanese is already preparing for the launch of its RTX 3000 series. Several rumors already reveal details of the new generation of graphics processors, which may bring to the market an enthusiastic model RTX 3090, adopting yet an exclusive chip for Ray Tracing in a “Cross Coprocessor” design.

After officially returning to the notebook market with the presentation of the GT Blue and the arrival of the All-In-One focusing on the corporate...
Read more
news

Ministry of Economy intends to evaluate taxes on telecommunications

It is not new that one of the most criticized aspects in the country for the expansion in the provision of telecommunications services is...
Read more
news

Following with the sequence of information related to entertainment, we have the official confirmation from ESPN about which will be the two films shown...
Read more

Nairobi Metropolitan Services Director-General Mohammed Badi on Friday 10 July 2020 revealed his plans for the next 100 days as he strives to bring...
Read more

COVID-19 cases in Kenya have risen above 10,000 after 379 more people tested positive for the virus. The new cases now bring the total number...
Read more

South African rapper, AKA, real name Kiernan Forbes, has announced that he has tested positive for COVID-19. In a press release on his Instagram page,...
Read more

Despite getting the green light to reopen but under strict guidelines, several churches and mosques in Nairobi and Mombasa have decided against resuming physical...
Read more

Kamene Goro, Jalang’o get into a heated debate

Renowned KISS FM radio presenter Kamene Goro has disclosed a heated debate she had with her soon to be co-host celebrated actor and radio...
Read more

A man from Isiolo going by the name Osman Shariff who recovered from the deadly and feared Coronavirus is demanding Ksh. 25 million as...
Read more
Loading...