THE Project xCloud, Microsoft’s game streaming service, is getting closer to its launch, planned to happen sometime in September, and the Redmond giant is gradually revealing new details of its virtual platform. Today, in broadcasting the event to Game Stack developers, some interesting details may have given a preview of the future of xCloud.

The Coalition, developer of Gears 5, today demonstrated the integration of touch controls of the streaming platform, previously revealed by Microsoft, to the game. The producer has implemented a custom layout, which includes title functions such as aiming, shooting, reloading and piloting, showing how the solution developed by the Redmond giant is considerably more robust than those found in ordinary mobile games. 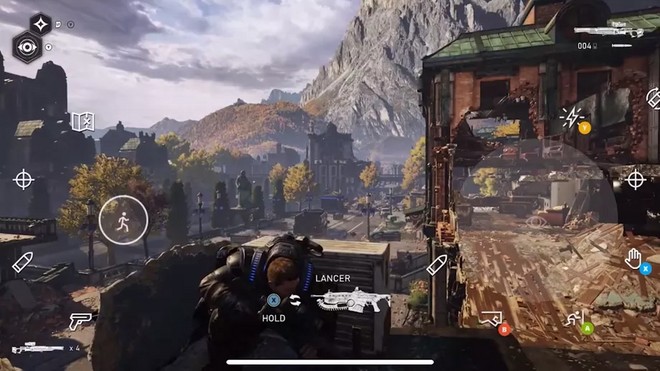 The Gears 5 controls on xCloud adapt according to the functions currently used, with the digital directionals not always being on the screen, for example. In addition, the commands will be hidden automatically during game cutscenes, and even the cell phone sensors can be used during gameplay, among other interesting features.

“When we started discussing this, we were overcomplicating because we weren’t sure what we needed to do,” said Jarret Bradley, senior gameplay producer at The Coalition during the presentation. “As we delved deeper, we found that the best thing we could do was address as a different input device as we already support mouse, keyboard and control and we have customized controls and remapping. ”You can find the full explanation in the following video:

The studio struggled to adapt the controls, but Microsoft’s idea is that future games will be developed with touch screens in mind, allowing users to play smoothly even when they don’t have access to a controller. The company also released touch controls for Hellblade: Senua’s Sacrifice today, with more games planned to receive support with the launch of Project xCloud.

The Redmond giant is already preparing for the launch of its new generation of consoles, also having announced a revamped version of the Xbox Store. The new store promises to be twice as fast as before, while still offering easier navigation and security features for sensitive content.

Business in Russia: Huawei to open 50 new stores in the world’s largest country in 2021

Huawei wants to expand its operations worldwide more and more and the latest news is that it intends to open another 50 own stores...
Read more
Tech news

Each year, thousands of premature babies are born, who sometimes weigh as little as 500 grams. They need constant clinical monitoring in...
Read more
Tech news

Pixel 5 leaks in full a week before the official announcement

The Pixel 5 will be officially unveiled on the 30th and, despite the many rumors that have already appeared, the leaks only tend...
Read more
Load more

Virgin Galactic, a space tourism company, has already carried out some tests with the SpaceShipTwo vehicle in 2018 and 2019. Now, according to...
Read more

Launching on October 29, the game Watch Dogs: Legion had officially revealed by Ubisoft what settings will be required to run the new title...
Read more
Loading...