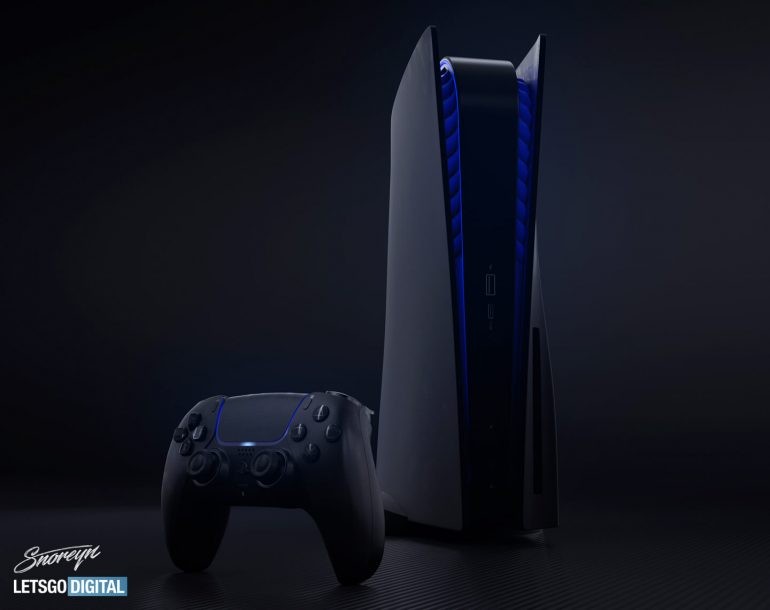 Another topic that raised a lot of discussions among the company’s fans is his announcement in just one color: white with blue lighting. Since then, Internet users have been speculating about an all black version, which has been traditional since the PS2.

Now a supposed leak of promotional material from Sony arrives to give more strength to the hypothesis of the launch of the PS5 in black.

According to a publication in the ResetEra forum the black version of the PlayStation 5 will arrive with red lights instead of blue lighting in the white version. In addition, the presence of a Dual Sense control in the image also stands out, also with details of the touch pad in red.

So far it is not known if the images are in fact from Sony or if it is another concept of the device in another color made by fans. But until the console hits the markets, we can keep waiting for more images like this and see which supposed version of the PS5 is more beautiful.

What did you think about this possible PS5 look? Comment with us in the space below.

And it seems that the “nintendistas” can already celebrate! According to recent leaks, the game "Crash Bandicoot 4: It's About Time" may be...
Read more
Tech

Huawei says own system can replace Android and even Windows

At an IT congress in China, the CEO of Huawei's consumer division, Richard Yu, declared that the operating system under development at the...
Read more
Tech