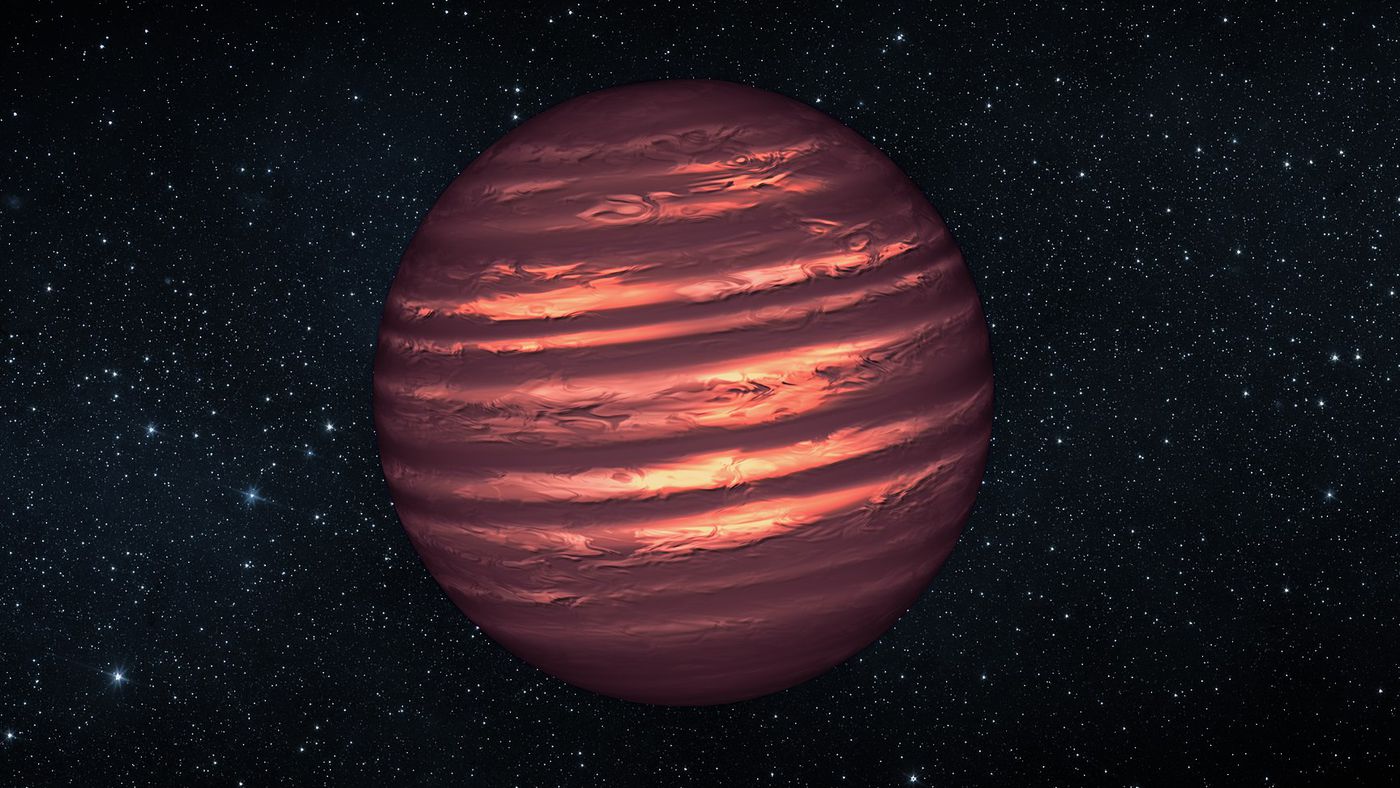 A team of researchers from the Canarias Institute of Astrophysics (IAC) and the National Institute of Astrophysics, Optics and Electronics (INAOE) discovered the occurrence of lithium present in the oldest and coldest brown dwarf in which the element has ever been found. Called Reid 1B, the object preserves the oldest deposit of lithium we know in our neighborhood, having formed even before the birth of the binary star system where it is located.

It was already suspected that some brown dwarfs may harbor lithium, an element considered to be “white oil” due to its rarity and relevance to modern society. Therefore, astronomers have been detecting and following the orbital movements of binary systems formed by brown dwarfs. Some of these systems have a primary component with enough mass to burn lithium, but the secondary may not be as massive.

Well then, researchers conducted observations of binary systems formed by brown dwarfs. As a result, they found lithium only in Reid 1B, a brown dwarf located approximately 16.9 light-years from us. In addition, it is also the coldest and darkest of the other stars studied, having an estimated age of 1,100 million years and a dynamic mass 41 times greater than that of Jupiter.

In addition, this is the coldest and least bright extrasolar object lithium has ever been found. The element appears in an amount 13,000 times greater than that which occurs on Earth, and even more surprising was the discovery of a deposit of cosmic lithium that was not destroyed, originating before the formation of the system of which Reid 1B is a part.

Carlos del Burgo Díaz, co-author of the study, explains that, although primordial lithium was formed 13.8 million years ago, today there is about four times as much of this element in the universe. “Although it can be destroyed, lithium is also created in explosive events like nova and supernova, so Reid 1B can wrap it and protect it like a hidden treasure chest,” he said.

The importance of brown dwarfs

Brown dwarfs are a kind of natural link between stars and planets and are often called “failed stars”. This is because, although they are larger than Jupiter, they are not massive enough to carry out nuclear fusion of hydrogen inside them and thus shine like other stars. For this reason, these objects took a while to be observed — it was only in the mid-1990s that they were detected.

Since then, they have been attracting the interest of astronomers because some of them may have preserved lithium. Observations of the element in these stars make it possible to estimate their masses based on nuclear reactions; however, researchers have noted a discrepancy in mass, which makes it 10% smaller than predicted by more recent theoretical models. This discrepancy appears to be significant and suggests that there is something going on in brown dwarf behavior that is not yet understood.

Eduardo Escalante, the study’s first author, points out that researchers have been investigating the lithium trail in these stars for the past three decades. “Finally we were able to accurately determine the mass boundary between their preservation and destruction, and compare that with theoretical predictions,” he explained. Since there are millions of other such stars in the Milky Way, they serve as large deposits of lithium in our cosmic neighborhood.

The article with the results of the study was published in the Monthly Notices of the Royal Astronomical Society.