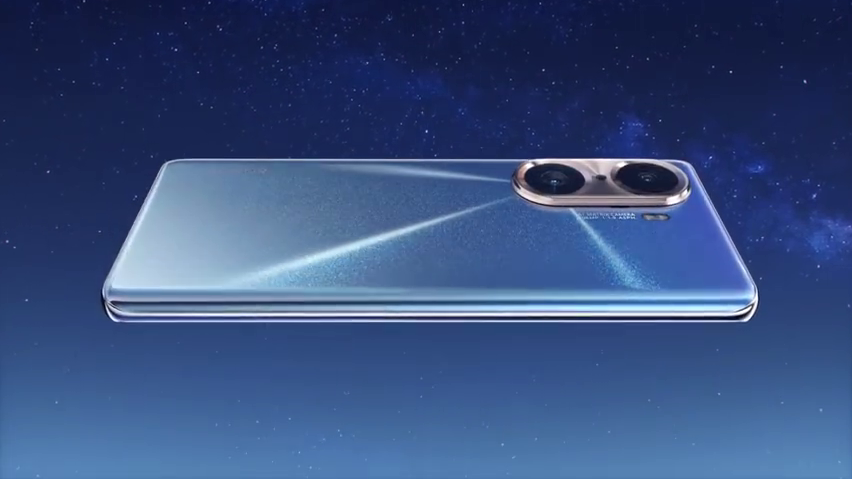 With release date already confirmed for December 1st and design unveiled this week, promotional campaigns continue giving details of the Honor 60 ahead of its official announcement, and now a video teaser features even more information about the design of the new cell phone from the former subsidiary. Huawei.

Published by the official Honor account on the Weibo social network, we see the Honor 60 with a design very similar to the Honor 50, but bringing interesting changes especially in the rear lens set.

Among the changes implemented by Honor is a new gold camera module containing three lenses: two highlighted and a smaller one positioned in the center of the set.

We also see the rear panel finish with a concentric effect that radiates light towards the cameras, as well as the double-tone bluish color.

At a certain point in the video, it is still possible to note that the bottom of the model will have holes for a speaker and a USB-C port for charging at the bottom, and may also include a drawer for an operator chip on the side.

Rumor has it that the device will be equipped with a high-performance Snapdragon 870 chip, a display with a high refresh rate and a size between 6.5 and 6.8 inches, as well as a battery with a generous quick recharge of 66 W.

The Honor 60 will be officially released on December 1st alongside the Honor 60 Pro and Honor 60 SE, and it is possible that more details and specs will be presented officially or via leaks until then.