More
HomeWorldWorldArchitecture in the name of love. Man builds revolving house so...
World

Architecture in the name of love. Man builds revolving house so his wife can choose the view 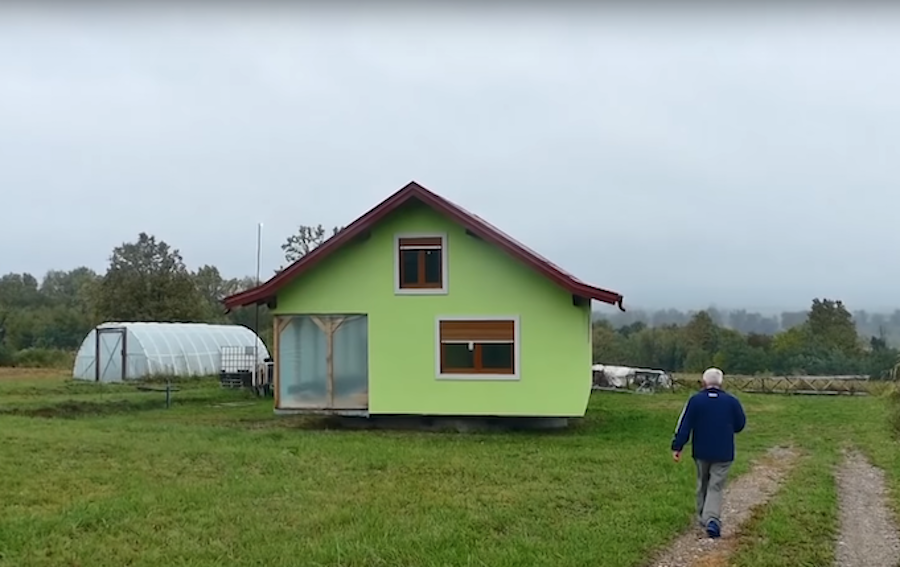 In Bosnia, a 72-year-old self-taught man built an unusual house: the house rotates 360 degrees to change its view.

Some of the most beautiful architectural works in the world were born in the name of love. This is the case of the imposing Taj Mahal, a monument in white marble from the 17th century. When it was built, Mughal Emperor Shah Jahan dedicated it to his wife, Mumtaz Mahal, who died in childbirth.

The architectural work of Vojin Kusic it is not on the level of the Indian monument, but it is equally romantic. This 72-year-old self-taught project is a revolving house. The goal? Please your wife.

It all started when Vojin and Ljubica Kusic got married. At the time, count the Interesting Engineering, Ljubica wanted the rooms to receive plenty of sunlight, so Vojin built the house with that priority in mind.

However, to fulfill this requirement, the living room had to face the opposite side of the street. The wife didn’t like this condition at all, because she couldn’t see who entered her yard.

Tired of complaints, Kusic decided to remodel the house and took a 360º turn – literally.

A man in Bosnia and Herzegovina built a rotating house so his wife can always choose her view. pic.twitter.com/nTZcGMIkXx

Mounted on a cement plinth, the rotating house rotates thanks to electric motors and the wheels of an old military transport vehicle. to one constant speed which can be changed to suit your taste, the view alternates between cornfields, farmland, river and forests.

Vojin created the project himself and designed it so that the house could make a full rotation in 22 seconds. In the slower form, it completes a lap in 24 hours.

In addition to being original, it has an associated unexpected benefit: it is more earthquake resistant than stationary houses.

Vojin built the room entirely on his own. The unusual project took about six years to complete.