Coup d’etat in Sudan. Clashes cause seven deaths and 140 injuries 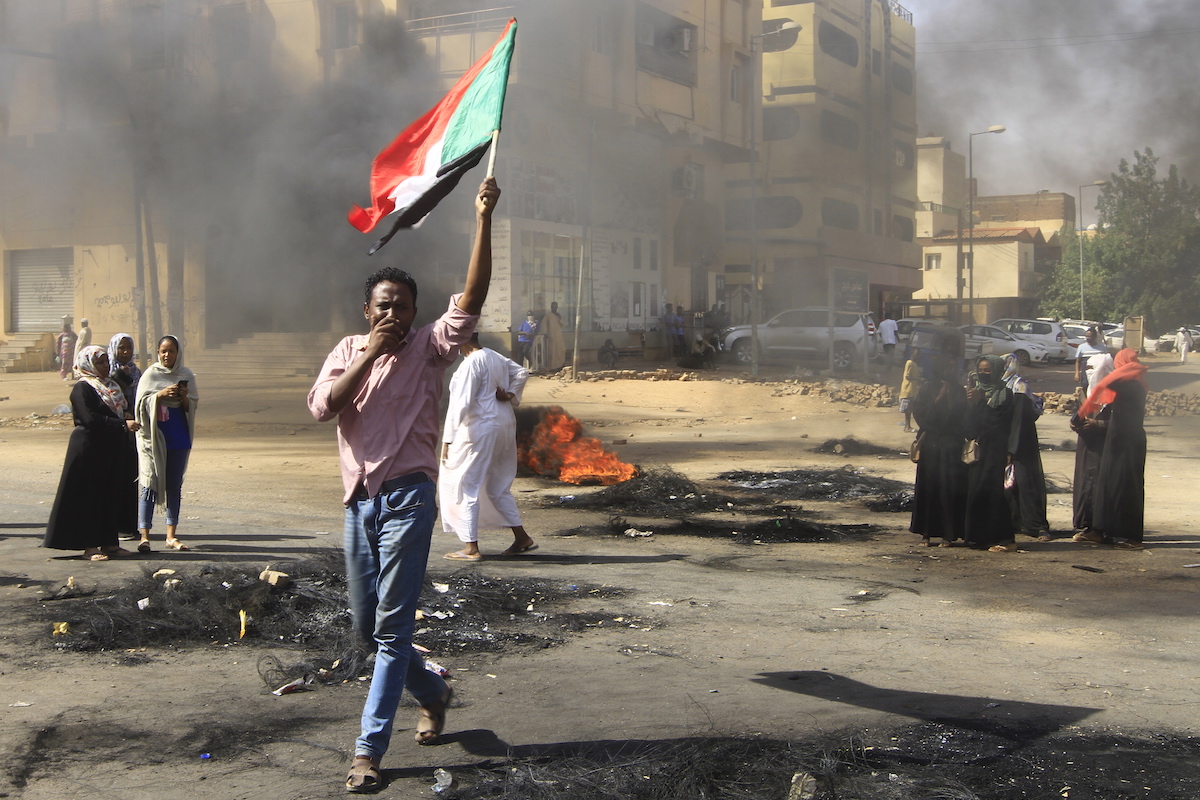 Protests in Sudan after the coup d’etat

Thousands of Sudanese have taken to the streets to protest the military takeover. The international community has been unanimous in condemning the coup d’etat.

In the wake of Monday’s coup, the Sudanese have been taking to the streets in the last few hours. The clashes during the demonstrations have already made seven dead and more than 140 wounded, after thousands of people responded to calls for resistance by civilian leaders who were detained and who are opposing the military takeover.

The streets of the capital, Khartoum, filled with protesters, mainly around the main army barracks, as well as in the twin city of Omdurman. Troops are now going door-to-door in the capital to arrest protest organizers. Central Bank officials have also announced a strike.

“Civil leadership is the people’s choice,” protesters shouted this Tuesday morning as they burned tires. Demonstrations continued even after the military fired into the crowd on Monday.

An injured protester told reporters he was shot in the leg by the army outside the door. “two people died, I saw it with my eyes”, revealed Al-Tayeb Mohamed Ahmed, quoted by the BBC.

The protests come after on Monday, General Abel Fattah al-Burhan dissolved the country’s Sovereign Council, which brought together civilian and military leaders and was established to ensure peaceful transition democratic government after the fall of Omar al-Bashir in 2019, who ruled the country for 30 years.

Burhan decreed a state of emergency, saying the armed forces must guarantee security and avoid a civil war, and promised to schedule elections for July 2023 and then accept the creation of a civilian government, writes Reuters.

“What the country is now facing is a real threat and danger to the dreams of the youth and the hopes of the nation,” said the General. The internet is still down in the country.

Sudan’s Ministry of Information, which remains loyal to Prime Minister Abdalla Hamdok who was detained and removed from power, responded that the transitional constitution only gives the prime minister the power to declare a state of emergency and that the army’s actions they are criminals.

The international community condemned developments in Sudan. The countries that make up the Sudan democratization support team — the United Kingdom, the United States and Norway — have issued a statement expressing concern about the fall of the interim government.

“The actions of the military represent a betrayal of the revolution, transition and the legitimate demands of the Sudanese people for peace, justice and economic development”, the three governments said.

According to AFP, the UN Security Council scheduled an emergency meeting this Tuesday to debate the Sudanese issue. Also the African Union, the Arab League and the European Union condemned the coup d’etat.

The US State Department also said it would suspend the economic support program for the country in the amount of 700 million dollars (€603 million), with Secretary of State Antony Blinken describing the coup as a “betrayal of Sudan’s peaceful revolution”.

For several weeks now, Sudan has been the scene of clashes between civilian and military leaders, especially after the failed coup attempt on September 21.

Despite this, in recent years, the country has been on a rising trend, after Bashir’s fall opened the country more to the international community and ended support for terrorist networks such as al-Qaeda.