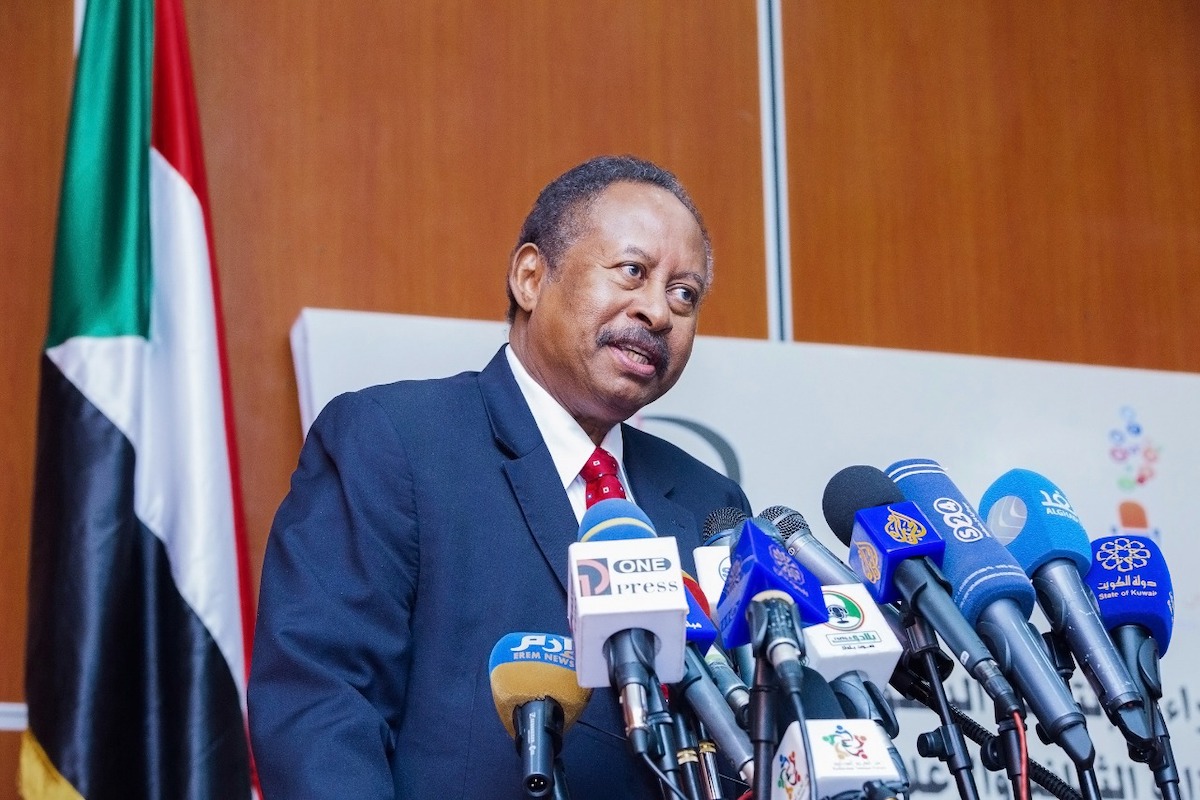 The internet and telephone network are suffering cuts in Sudan, which already suffered a coup attempt a few weeks ago. Several ministers, including Prime Minister Abdalla Hamdok, were arrested.

After weeks of escalating tensions between the government and the military, this Monday, Sudan’s prime minister was “home detained” and pressured to “support the coup d’état”, which the political leader refused.

The news came from a publication by the Sudan Ministry of Information on Facebook. “The joint military forces, which keep Sudanese Prime Minister Abdalla Hamdok inside his house, are putting pressure on him to make a statement in support of the coup“, revealed the Ministry.

Just two days ago, a Sudanese faction that wants a transfer of power to the civilian government warned of a possible imminent coup d’etat during a press conference that was interrupted by a group of unidentified people.

Remember that Sudan is going through a great period of political instability, after President Omar al-Bashir was removed from power in April 2019. Since August of that year, the course of the country has been in the hands of a civil and military executive, whose function was to guarantee a peaceful transition to a fully civilian government.

The Forces for Freedom and Change (FFC), which led the protests against the President in 2019, are the main civilian bloc in the Government. Tensions between the groups have escalated in recent weeks, especially after a failed coup on September 21st, who countered more conservative Islamists who want the army to lead the country against the groups that toppled Bashir.

“The current crisis is artificial – and takes the form of a coup. We renew our confidence in the Government, the Prime Minister, Abdalla Hamdok, and the reform of transitional institutions, but without (…) imposition,” said FFC leader Yasser Arman at a press conference on Saturday.

In recent weeks, both factions have taken to the streets in protest. Tens of thousands of Sudanese have demonstrated in recent days against the military government and are demanding the final transition to a civilian executive. These protests took place a few days after the concentration of military supporters at the palace in the capital.

“We call on the masses to take to the streets and occupy them, close the roads, go on strike and don’t cooperate with the scammers and use civil disobedience to confront them,” the group wrote.

The NetBlocks group, which tracks Internet supply disruptions, revealed that several providers in Sudan were failing. “The disruption is likely to limit the free circulation of information online and media coverage of incidents on the ground,” they say.

On Saturday, Hamdok who had agreed to a government reshuffle denied rumors that he had agreed to a cabinet reshuffle, referring to divisions in the executive as “the most serious and dangerous crisis” which could jeopardize the peaceful transition of power.

The US has already reacted to the crisis in Sudan, expressing “deep disquiet” about the arrests of political leaders who “go against the constitutional declaration (which determined the country’s transition” and the “democratic aspirations of the people of Sudan”, said the emissary north. -American for the Horn of Africa, Jeffrey Feltman.

The United Nations also considers “unacceptable” the arrests carried out by the military. The UN envoy in Sudan, Volker Perthes, is also “very concerned about the news of a coup d’état”.