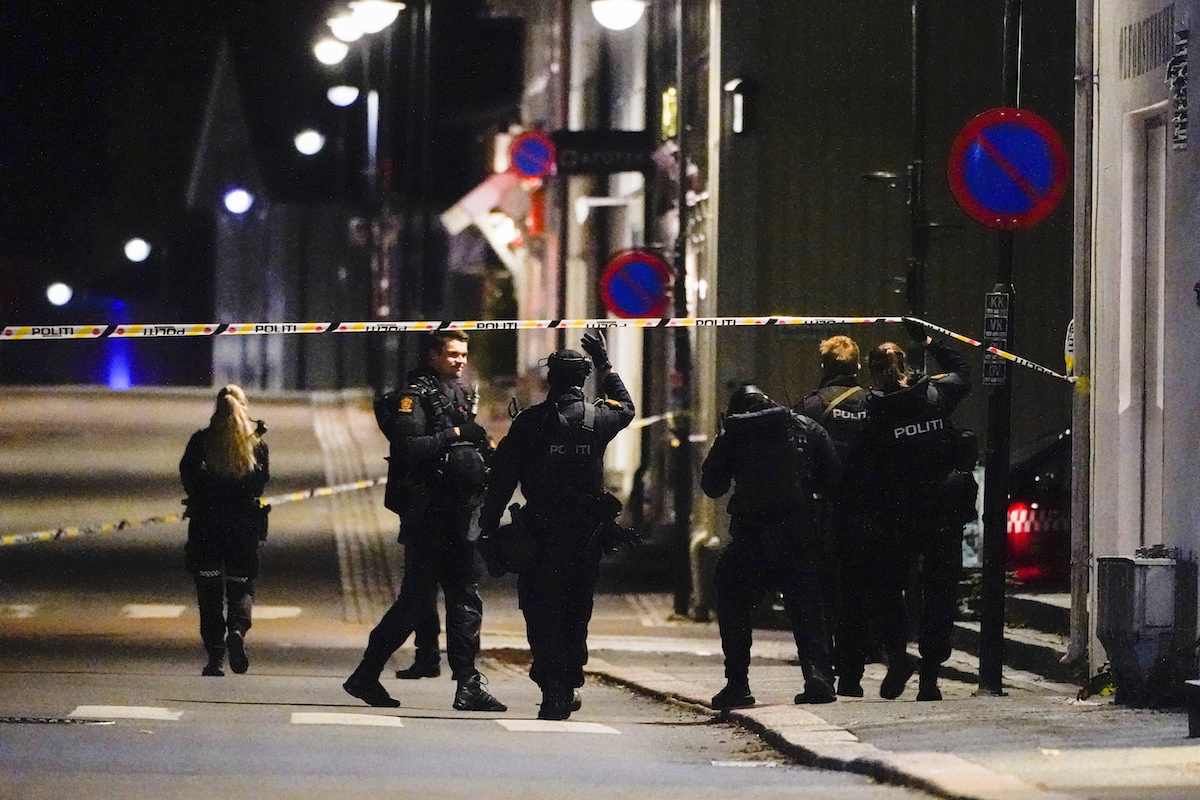 The investigation into the archery attack that killed five people in Norway on Wednesday has so far reinforced the thesis of an act due to illness, Norwegian police announced today.

“The hypothesis that was most reinforced after the first days of the investigation is that of a disease in the background”, declared the inspector By Thomas Omholt at a press conference, two days after the attack that also caused three injuries.

“But we leave the door open to other hypotheses,” he added. Among the hypotheses initially considered by the police were “anger, revenge, a drive, ‘jihad’, illness and provocation”, the inspector listed.

These statements confirm the doubts surrounding mental health – and then criminal responsibility – of Espen Andersen Brathen, who admitted to killing five people and wounding three more on Wednesday in Kongsberg, in the south-east of the country, where he resides.

Suspected of Islamic radicalization, the 37-year-old Danish citizen was today placed in preventive detention for a period of four weeks, the first two of which in total isolation.

Although the attacks have the appearance of “an act of terror”, according to the authorities, they are more inclined towards the insanity hypothesis.

“There is no doubt that the act itself makes one think, from its appearance, that it could be a terrorist act, but it is important now that the investigation proceeds and that let us clarify the motives of the suspiciono,” said the head of the PST security services, Hans Sverre Sjøvold, on Thursday.

“It is a person who has entered and left the health system for some time”, he stressed, without providing further details.

According to the Norwegian press, Brathen had already been the target of two court decisions: a ban last year on visiting parents after threatening to kill the father, and a conviction for assault and purchase of hashish in 2012.

Also revealed was a video of him, dated 2017, in which he utters a prayer in a threatening tone.

Brathen, who most likely acted alone, according to police, killed four women and a man, aged between 50 and 70, in various locations in Kongsberg, a small town of about 25,000 inhabitants, located some 80 kilometers to the west. from Oslo.

On his second day in office, this Friday, the new prime minister of Norway, Jonas Gahr Store, visited the city of Kongsberg, where he participated in a tribute ceremony alongside the Minister of Justice, Emilie Enger Mehl.

“We have to unite and support each otherIt’s only when we face a crisis like the one we had here in Kongsberg,” said Store.