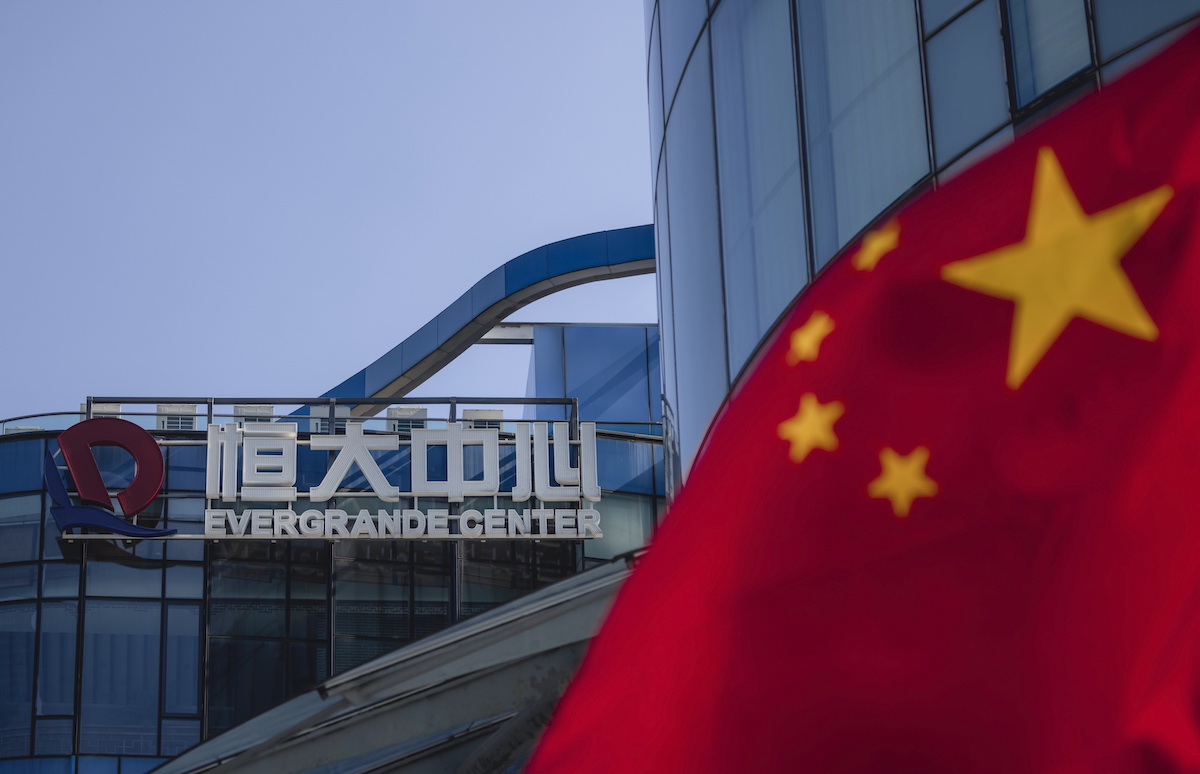 The Chinese real estate giant managed to comply with interest payments on the threshold of the deadline extension. However, fears persist about the possibility of the crisis in China infecting the world economy.

Evergrande managed to scrape together the money to pay the interest of $83.5 million — about 71.7 million euros — from a payment that failed in September. This is a small sigh of relief for the real estate giant, whose debt amounts to 260 billion euros, a figure greater than the entire Portuguese economy.

According to Bloomberg, the payment will be made even before Saturday’s deadline, which gives the company another week to define what to do to deal with the huge debt it has. shaken investor confidence in the Chinese economy, whose growth was largely based on real estate investment.

The company had also deposited funds into a depositary’s account on the Thursday night before the 30-day payment deadline, Reuters writes. The company’s president, Hui Ka Yan, would have agreed to use your personal fortune in a residential project linked to the bond to guarantee payment of interest.

Lenders agreed to the proposal to avoid a disastrous collapse of the real estate giant or a legal battle, a source tells the news agency.

The announcement this week that a deal to sell 50.1% of the services owned by the company for 2.2 billion euros had fallen has raised concerns that the evergrande would come into default — when the delay in payment of debts is more than 30 days. The company also failed to sell its Hong Kong offices for €1.5 billion.

Evergrande was once China’s largest real estate company, relying on a loan-to-build system. However, market saturation in the country, where it is estimated that there is 65 million empty houses, led the company to have no way to pay the debts it incurred.

On September 23, the giant failed to pay interest and sounded alarms in global markets, with fears even that its collapse trigger a world crisis like the one in 2008, caused by the fall of the Lehman Brothers group.

However, for the time being, international authorities are calm, trusting that the Chinese government will intervene if necessary. Beijing is also trying to reassure markets that the The company’s situation won’t get out of hand.

Even with these assurances, many analysts expected the worst. “This is a positive surprise,” reveals James Wong of GaoTeng Global Asset Management to The Guardian. This payment will improve creditors’ confidence as there are “many payments overdue in the future”. “If Evergrande paid this time, I don’t know why it won’t pay next time,” he says.

Remember that in addition to the payment of 23 September, the real estate giant also failed to comply with the interest of 193 million dollars (€166 million) which expired on September 29 and October 11, which also have an additional 30-day term.

Analyst Jeffrey Halley is more cautious. “It will continue to be a storm for China’s markets because there are so many variables, so many ways this can go wrong. I think this is short-term positive, but I don’t think this will change widespread fears about the true state of China’s sector and economy right now,” he reveals to the British newspaper.

Other Chinese real estate companies are also at risk

Despite the good news coming from Evergrande, the signals coming from other companies in the Chinese real estate sector, evaluated in 4.3 billion euros, are not so encouraging. Oceanwide Holdings International Development revealed on Thursday that its $134 million (€115 million) payment order had entered into default.

Modern Land China Ltd, meanwhile, announced that it had stopped seeking investor consent to extend the date for a payment set to October 25, and that it would call in an adviser to resolve its liquidity issues. Company shares exchanged in Hong Kong for the company fell after the ad, which has shaken investor confidence.

Fitch agency too lowered the rating from Central China Real Estate from B+ to BB-, after Moody’s also downgraded the company’s rating.

Thus, fears remain that the crisis in the real estate sector will spread to the rest of the Chinese and world economy.