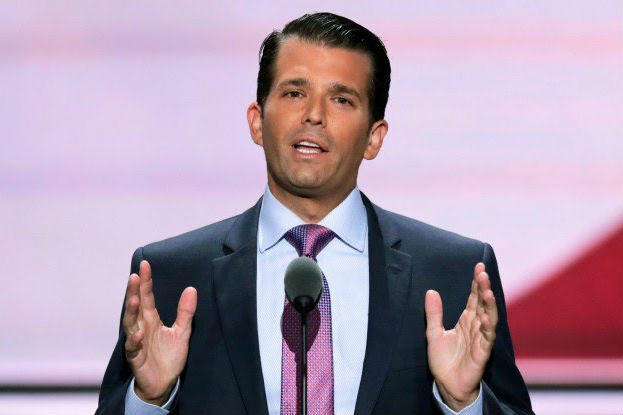 Trump Jr. also stated that Alec Baldwin “believes that no one should own a gun” while capitalizing on an “industry that glorifies guns.”

The eldest son of former US president Donald Trump Jr. is selling sweaters that mock the accident in the film “Rust” in which Alec Baldwin killed colleague and director of photography Halyna Hutchins with a prop gun what I didn’t know it was loaded.

The Republican is selling merchandise and t-shirts with the phrase “guns don’t kill people, Alec Baldwin kills people,” in reference to the phrase often used by US Constitutional 2nd Amendment supporters and opponents of purchase and control laws. possession of weapons — “weapons do not kill people, people, kill people“.

Each t-shirt costs between 28 and 40 dollars, around 24 and 35 euros. Alec Baldwin is publicly against current gun laws in the United States and has called for more restrictive controls given the problem of armed violence and frequent shootings in the country. The actor is also a Donald Trump critic, having even portrayed a caricature of the former US president several times on the comedy show Saturday Night Live.

Trump Jr. has been lashing out at the actor since last week’s incident, sharing a photo of Baldwin on Instagram with a caption that read “that look when an anti-gun person kills more people than your extensive gun collection” .

On Tuesday, in Instagram stories, the son of the former US head of state wrote that Alec Baldwin is a man who “believes that no one should own a gun” but “makes millions from one. industry that glorifies guns” and “killed someone like a gun”, while a “normal person possessing a gun” is someone who “has lots of guns”, “poor, who spends his money on weapons” but “has literally killed zero people”.

After being criticized for attacking the actor at this difficult stage and for taking advantage of a death for political criticism, Trump Jr. didn’t back down. “For those of you who walk around here with bogus beatic about leaving Alec Baldwin alone, let’s remember that Alec Baldwin would be the first person to piss in everyone’s grave if places were changed. Fuck him!“, criticized on Instagram.