More
HomeWorldWorldInspired by cartoons, the ivory-billed woodpecker may be extinct (but its story...
World

Inspired by cartoons, the ivory-billed woodpecker may be extinct (but its story is not over) 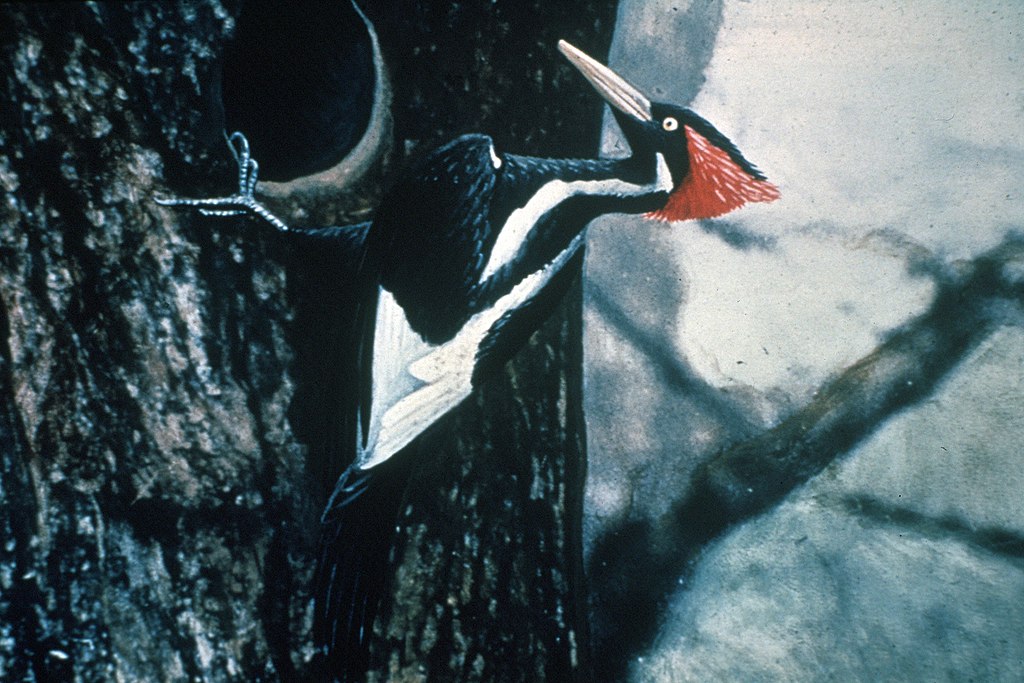 A digitally color photograph of the allegedly extinct ivory-billed woodpecker.

The ivory-billed woodpecker will have inspired the character Woody Woodpecker, from the animation series known in Portugal simply as “Pica-Pau”.

Since the Endangered Species Act was created nearly 50 years ago in the United States, the Fish and Wildlife Service has prevented the extinction of more than 99 percent of the species listed in the law. Unfortunately, not even federal protection can fully protect American wildlife from what scientists call “sixth mass extinction”.

In its most recent report to the US government, the Fish and Wildlife Service identified 23 lost causes, including Kauaʻi ʻōʻō, Vermivore bachmanii and seven species of freshwater mussels. Few have caused such an outcry, however, as the iconic Ivory-billed woodpecker.

Known for allegedly serving as inspiration for the animated series “Woody Woodpecker” (“Woodpecker”), the ivory-billed woodpecker was found in the ancient forests of the southeastern United States, coming from Florida to southern Illinois and from North Carolina to eastern Texas, as well as in Cuba.

It was practically wiped out in the US in 1800 due to the combination of industrial logging after the Civil War and hunting by scientific specimen collectors, and has been in and out of supposed extinction ever since.

On September 20, after decades of debate and nearly 80 years since the last indisputable sighting, the Fish and Wildlife Service declared its intention to remove ivory-billed woodpeckers from the Endangered Species List because it considers the bird extinct.

The announcement may be one of the most disputed extinction events in American history. The ivory beak is a symbol of the southern wilderness, a region that some argue is not at the forefront of US conservation policy. And advocates fear removing the bird from federal protection will open their habitat for exploration.

Your last confirmed sighting was in 1944, when the president of National Audubon Society sent Don Eckelberry, a 23-year-old wildlife artist, to Louisiana to sketch a female bird, supposedly the last in the US.

Dozens of alleged bird sightings have been reported since then. Many of them are amateur accounts easily dismissed. Others are less clear. For example, photos presented to American Ornithological Union in 1971 were rejected as fraud, a taxidermized specimen that the photographer mounted on trees. But some ornithologists now believe it was authentic.

The debate over the species peaked in 2005, when a team of researchers at the Cornell Ornithology Laboratory claimed to have rediscovered the bird in a wildlife refuge in eastern Arkansas.

The seven reported sightings and the four-second blurred video they offered as evidence weren’t exactly clear, but the group’s reputation sparked excitement over the fact that the ivory-billed woodpecker had been resurrected. Based on the evidence, the US government has pledged more than $10 million to the bird’s recovery effort.

Although initially believed in the 2005 sightings, the recent Fisheries and Wildlife Service report rejects these and all post-1944 sightings, saying that none of them have the necessary evidence to support them.

Objective evidence, in the view of the Fish and Wildlife Service, would include “clear photographs, feathers of recent origin, specimens, etc.” Blurred photos and videos can easily be images of another bird. Sound recordings may be from other birds as well, and with only one undisputed surviving recording from 1935, there’s plenty of room for doubt.

Some investigators argue that the agency’s reference is unfair, for the deep, unforgiving swamp habitat of the ivory bill—and its elusive nature—make such evidence nearly impossible to gather.

However, the agency argues that the ivory’s distinctive marks and decades of extensive research efforts mean that if the bird were still alive, would have already been conclusively documented.

This chapter of American natural history is not yet over. The public has until November 29 to present evidence of the existence of the ivory-billed woodpecker to prevent its removal from the Endangered Species Act.

There can be detrimental results if a species is declared extinct too soon. Remove federal protection eliminates funding conservation for species and removes pressure on states to protect the habitat. Other vulnerable birds and species in the area may also suffer.

On the other hand, the agency’s decision is practical — remove a species with a low probability of rebirth frees resources for others that can be saved.

Even if the ivory-billed woodpecker is officially extinct, people will continue to look for it. The group Mission Ivorybill start one three-year search effort in Louisiana on November 1st.

Matt Courtman, a former president of the Louisiana Ornithological Society who founded the group, said he saw a pair of ivory-billed woodpeckers as recently as 2019. The group hopes to provide evidence to overturn the extinction declaration.

Previously, other species were rediscovered after extinction was declared or presumed. These species of “Lazarus”—named after the Biblical name for Lazarus, who is risen—include a whale, a species of buckwheat, and a stick insect.

Hope for the ivory-billed woodpecker can be found in Cuba, where some scientists, including those associated with the International Union for the Conservation of Nature, believe it may persist.