More
HomeWorldWorldIt is a bird? Is it an airplane? No, it's...
World

It is a bird? Is it an airplane? No, it’s a drone road 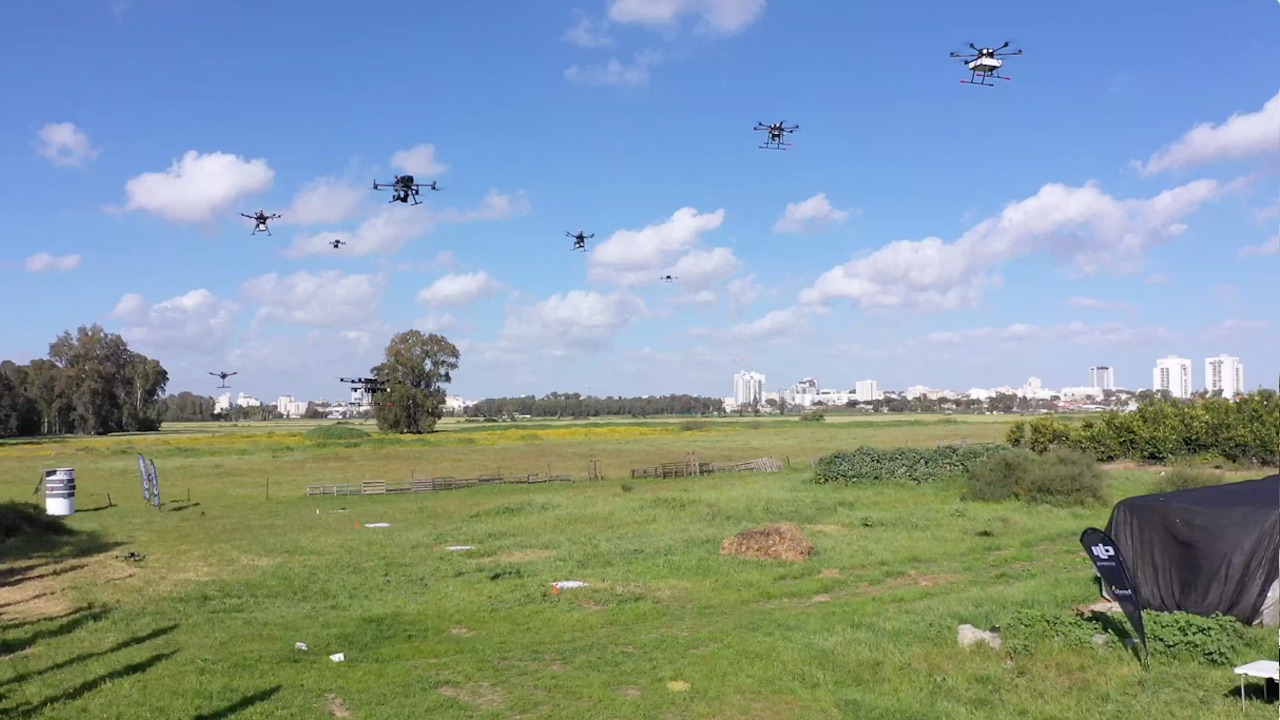 Several companies are joining the Israeli government in creating drone delivery systems. The ultimate goal is to have a road of these devices in the skies.

In the near future, roads could be in the skies as well as the ground. No, the subject is not flying cars, but rather a drone delivery system which is already being tested in Israel.

Several projects are being created from the knowledge of the Israeli air force, and are already being used to sushi and ice cream deliveries. Startup FlyTEch is already designing a model to avoid collisions in skies occupied by unmanned planes.

The company will go ahead with a two-year trial of the autonomous drone delivery initiative in Hadera and Haifa. This test will give indications as to whether or not Israel should go ahead with the large-scale project. creation of a national drone network for delivering groceries, medical transport and for urban air mobility, writes the Jerusalem Post.

The startup was born at Jerusalem College of Technology by the hands of Moshe Lugasi and Eliran Oren. already with a government contract, FlyTech’s aim is to use drones to cut delivery times and reduce traffic on the country’s roads.

The drones will use gliders run by autonomous software, which will make deliveries without humans controlling the service. FlyTech long-term wants to use military drones for public needs such as agriculture and construction. For emergencies, drones may also provide support through, for example, the blood transport.

About the future of the company, co-founder Eliran Oren reveals that he believes that “the product developed in the pilot drone program will be on the market in the coming years” and that we are facing a “transformation in the delivery industry” as it is expected that the system “replaces trucks and delivers to logistics centers”.

High Lander, which specializes in control autonomous drone traffic, and Cando, which helps strategize these devices, are other companies that are part of the Israeli government’s ambitions.

“The flight of a drone is not a problem. We are talking about multi-drones, coming from different producers, but they continue to monitor with our software to have the sure they don’t collide“High Lander Executive Director Alon Abelson tells AFP.

Both companies participated in a demonstration on a lawn in Tel Aviv, where three drones flew over skyscrapers – two carrying sushi and one carrying beer cans – which included a public-private partnership of around 5.3 million euros to develop Israeli technology.

“Our aim is to create a competitive market in Israel that is not dominated by one company. If we can get vehicles off the roads into the air, we can reduce traffic and air pollution… We can create a better and safer environment for delivering goods,” explains Daniella Partem, who leads the drone initiative at the Israel Innovation Authority.

Hadas Aharoni works at Airwayz and has monitored dozens of autonomous drone flights in the city of Hadera from Tel Aviv, 50 kilometers to the south.

“We can see patterns where drones lift and land, its heights, the batteries and all kinds of problems that we have to solve so that the drones get where they have to go”, explains Ahori, cited by France 24.

Until now, practical missions have been carried out to create airstrips in the city. Israeli companies are also following the growth of these projects.

Ice cream chain Golda has placed a device on the beachfront in Tel Aviv where customers can pass a QR code and order the products that reach them through drones.

“In less than 10 minutes they can receive the order, which is not possible with normal vehicles. I think as popularity grows, people will realize the value this adds,” concludes marketing director Talya Marder.