More
HomeWorldWorldLa Palma volcano is "at the height of activity"
World

La Palma volcano is “at the height of activity” 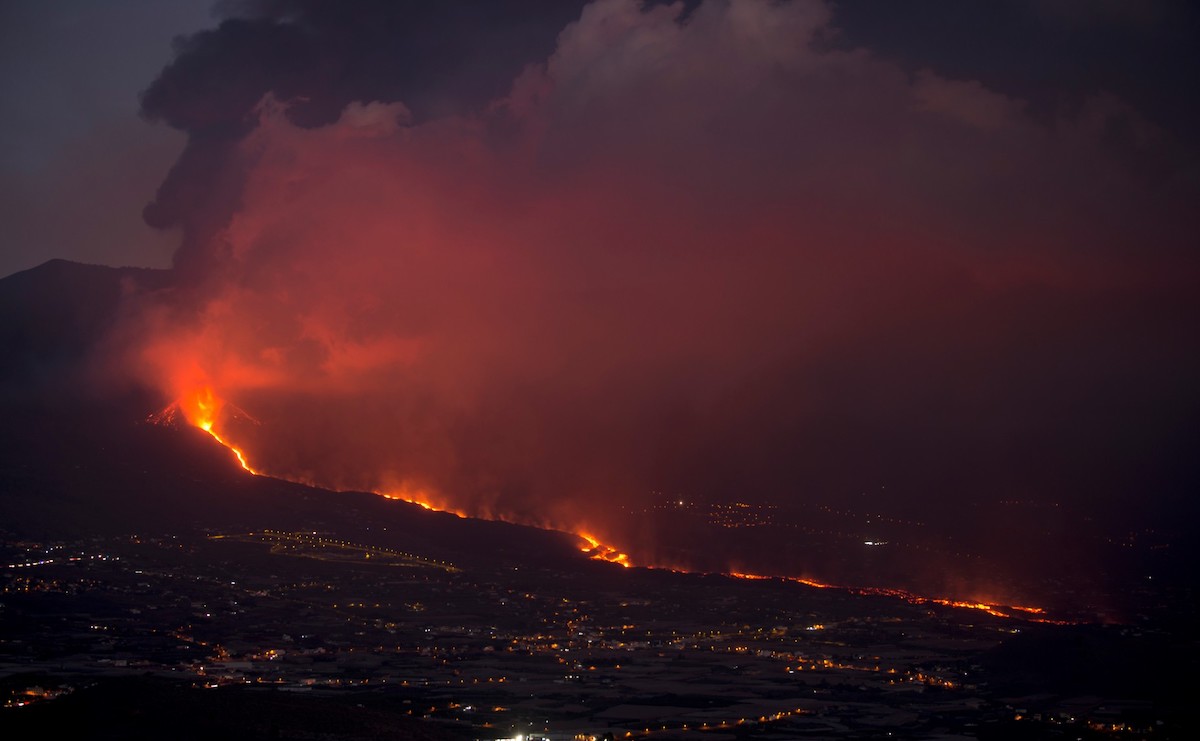 “We are at the height of activity” of the volcano, said Involcan spokesman David Calvo in statements to Spanish agency EFE.

The official said that the emission of gases is “absurd”, having reached 50,000 tonnes of sulfur dioxide, and the volcano has been emitting more lava since last weekend, when two fissures were opened on one side of the cone, as well as a new mouth.

The spokesman reiterated that the gases indicate the trend of what should happen in the next few hours and that one of the mouths of the volcano “advances” towards the south, through areas where it had not gone before.

Calvo also stressed that now it will have to be seen where the lava currents are going and that some of them have expanded so much that they delimit a “brutal” perimeter of up to three kilometers, becoming “a bit like a safety zone”.

The volcano of La Palma enters your sixth week of eruption with new lava fronts and an activity that, far from ceasing, is intensifying, increasing intermediate and deep seismicity, while air quality is improving in several municipalities, according to the latest information given by the Department of Security National (DSN), issued at 8:00 am (the same time as Lisbon) this Monday.

As for the surface affected by the lava, on Sunday it increased to 852.27 hectares, as a result of the “southern lava flow and the cracks that were filled in the intermediate areas”, although the maximum width between the extreme points of the lava flows remains at the 2900 meters.

The three strongest, two in Fuencaliente and a third in Villa de Mazo, registered a magnitude of 3.5.

None surpassed the 4.9-magnitude earthquake that occurred on Saturday at a depth of 38 kilometers, so far the most important of those recorded since the volcano erupted.

With regard to air quality, the thermal inversion above 1500 meters is the favor the dispersion of gases in the localities of Los Llanos de Aridane, El Paso and Tazacorte, and the concentration of fine particles has also improved in the last few hours.

As for the ash and sulfur cloud (SO2), the DSN informs that its current southwest disposition means that the conditions for the operation of the Canary Islands airports are favorable at the moment.