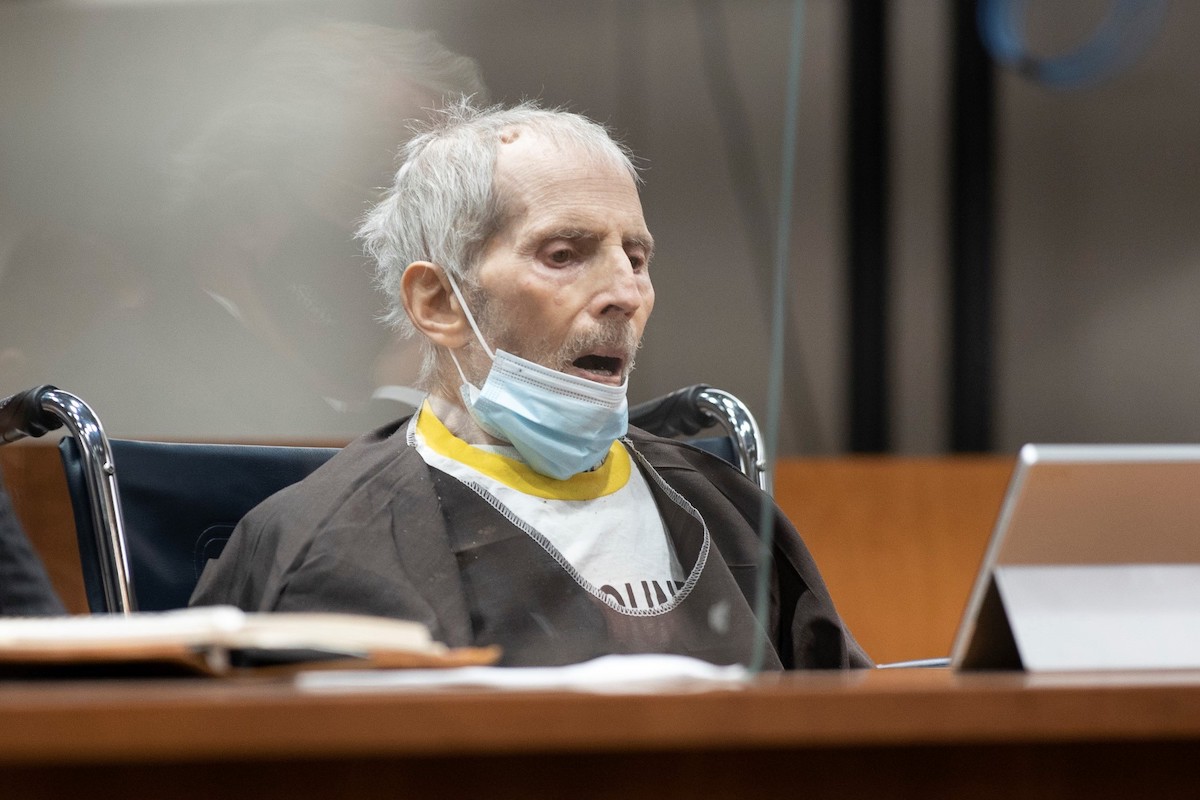 The Los Angeles court sentenced the eccentric 78-year-old millionaire to life, with no possibility of parole, for the first-degree murder of Susan Berman (the equivalent of aggravated murder), according to the Associated Press (AP) news agency.

Berman was found dead at her home in Beverly Hills, shot in the head after being questioned by police about the disappearance of Robert Durst’s first wife, Kathleen McCormack.

Kathleen disappeared without a trace in 1982, after expressing the desire to divorce her husband, in a case still to be clarified.

The prosecution’s thesis is that Robert Durst he would have ended up killing Susan Berman to prevent her from reporting the case to the New York police.

“This crime is a murder of a witness”, said Judge Mark Windham, before passing sentence. “This circumstance (…) has enormously aggravated this terrible and disturbing crime,” he added.

The magistrate rejected the defense’s request for a new trial, stating that there was “enough, if not overwhelming, evidence of guilt”.

The millionaire, who pleaded not guilty, was arrested in March 2015, on the eve of the broadcast of the last of six episodes of a documentary about his life, shown by HBO, entitled “The Jinx: The Life and Deaths of Robert Durst”.

The documentary includes Robert Durst’s statements in which, talking to himself in the bathroom, with the wireless microphone recording, he admits to having killed three people: “What have I done? I killed them all, of course.”

Heir to a New York family who grew rich from real estate deals, Durst had been in the crosshairs of justice for more than three decades as he was considered a suspect in unsolved crimes, including his wife’s disappearance, for which he was never formally charged.

After the conviction for the death of her friend, based on the thesis that Durst would have also killed the woman, the millionaire may now face new charges, advanced the AP, citing sources close to the case.

“The Jinx” revisited another bloody episode in the millionaire’s life, equally evoked by the prosecution: the 2001 murder of a neighbor who later dismembered, throwing his body into the sea, in an attempt to make the corpse disappear.

The millionaire was eventually acquitted of the crime, thanks to a team of upscale lawyers, who claimed a combination of self-defense, accidental shooting and drunkenness.

Robert Durst’s trial began in March 2020, after a lengthy trial in Los Angeles.

The millionaire was convicted on September 18, and the sentence has now been read.

“I feel disgusted.” Vanessa Bryant fears photographs of her husband and daughter’s bodies will go viral