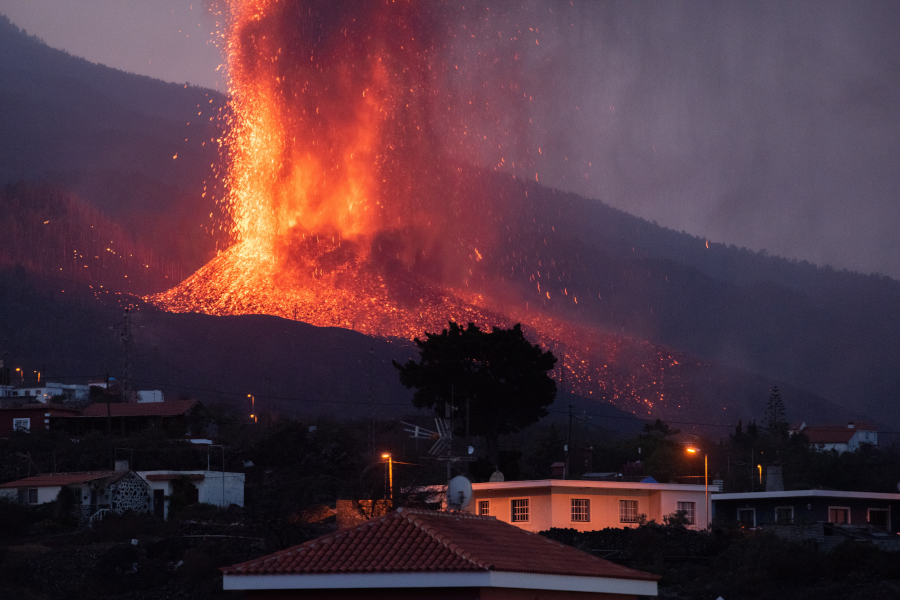 A further collapse of the cone of the La Palma volcano (Canary Islands) is causing a large amount of lava to move, mainly towards the west, over the primary lava flow.

During the last 24 hours, the evolution of the eruption was marked by modification and reconfiguration of the main cone of the volcano, according to the latest report by the Spanish National Security Department (DSN) issued at 8:00 am local time (the same time in Lisbon).

If there is a new mouth open on the flank of the volcan. Video recorded at 14.45 (Canarian time) / A new vent has opened in the volcano’s flank. Video registered at 2.45 pm (Canarian hour) pic.twitter.com/zeqy92KW0p

The cone’s further rupture, which occurred on Monday afternoon, caused lava overflows and landslides that generated air currents but did not affect the southward flow that is currently virtually stopped.

For its part, the Government of the autonomous community of the Canary Islands stressed that the flow of La Laguna lava did not undergo significant changes and, like the rest of the lava flows, it continues to be monitored, in case it becomes necessary to adopt new civil protection measures.

The average height of the column of ash and gases emitted by the volcano reached 3,800 meters on Monday, according to DSN.

The institution also notes that weather conditions are favorable to air quality and that airport operations in the Canary Islands are currently satisfactory.

With regard to seismicity, the latest data from the Spanish National Geographic Institute show that, during the early hours of this morning, 36 tremors of land were recorded in La Palma, one of which, affected the municipality of Mazo with a magnitude of 4.2 degrees and an intensity of four, located at a depth of 36 kilometers.

For its part, the DSN points out that land movements continue to be located in the same geographic zones and that, in turn, they increased at intermediate depths, between 10 and 15 kilometers, which favored the probability of earthquakes up to intensity six felt by the population.

According to experts, there are five active mouths on the volcano, which are emitting lava. It is not ruled out that others will open up in the future, but should be limited to the region around the main cone, which is now the biggest concern of scientists, who fear that another collapse could give rise to more lava flows, writes the Observer .