More
HomeWorldWorldPillar of Shame was once a testament to Hong Kong's freedom. ...
World

Pillar of Shame was once a testament to Hong Kong’s freedom. now say goodbye 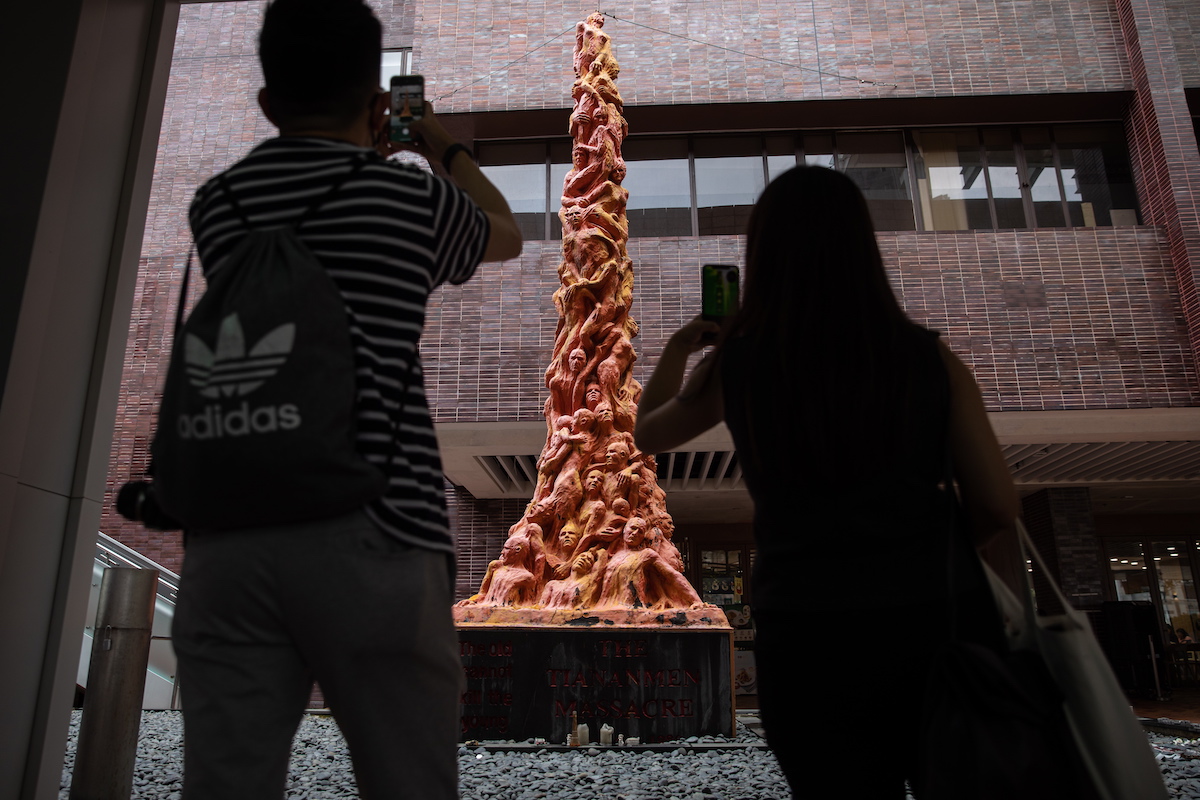 Pillar of Shame at the University of Hong Kong

Once upon a time, the sculpture Pillar of Shame, planted at the University of Hong Kong, it was a testament to the freedoms of the city. It is now being removed.

Exhibited over 20 years ago at the University of Hong Kong, the sculpture Pillar of Shame, a monument to the victims of the Tiananmen massacre, will be removed from the site. For the past week, the city’s inhabitants have been visiting the university to bid farewell to the most prominent monument on Chinese soil.

Many people stared for several minutes at the 50 distorted faces depicted in the sculpture, which represent the unknown number of civilians killed for defending democratic China more than three decades ago.

“I don’t feel sad about June 4th,” a 21-year-old recent graduate told Vice, in a reference to the date of the military repression, in 1989. “I’m feeling sad because we no longer have space to express our opinions. This is a symbol of what is happening in Hong Kong.” The young man preferred to remain anonymous for fear of reprisals from the authorities.

The history of the 1989 pro-democracy movement is a taboo subject in China, except in Hong Kong, home to an imposing monument, about eight meters high, that reminds Chinese students, teachers, local visitors and tourists of a past that the Chinese Communist Party is trying to erase of people’s memories.

The University of Hong Kong sent a letter to members of the Hong Kong Alliance in Support of the Patriotic Democratic Movements of China, a group that was dissolved last September, demanding the removal of the sculpture, without giving any reason.

The creator of the work, the Danish artist Jens Galschiot, I told Vice who hired a lawyer to help ensure the sculpture is kept intact and shipped safely out of Hong Kong.

The monument was erected in 1997 to mark the 8th anniversary of the Tiananmen crackdown, when government troops entered central Beijing and killed hundreds of protesters and other civilians. A year after the massacre, students conducted a survey to have the statue permanently placed at the University of Hong Kong.

In 2008, activists painted the sculpture orange to protest against the human rights violations in China before the Beijing Olympics.

The monument and its presence within an elite university financed by the Chinese government proved that the political dissent could coexist with the establishment in the Asian financial center, contrary to what happened in Mainland China.

Indeed, as the Chinese leadership extended its influence over Hong Kong after the transfer of sovereignty in 1997, universities continued to provide a free space for political discussion.

Now, as authorities try to eliminate what they see as threats to China’s national security, campuses are undergoing profound changes – and the removal of the Pillar of Shame it is an example.