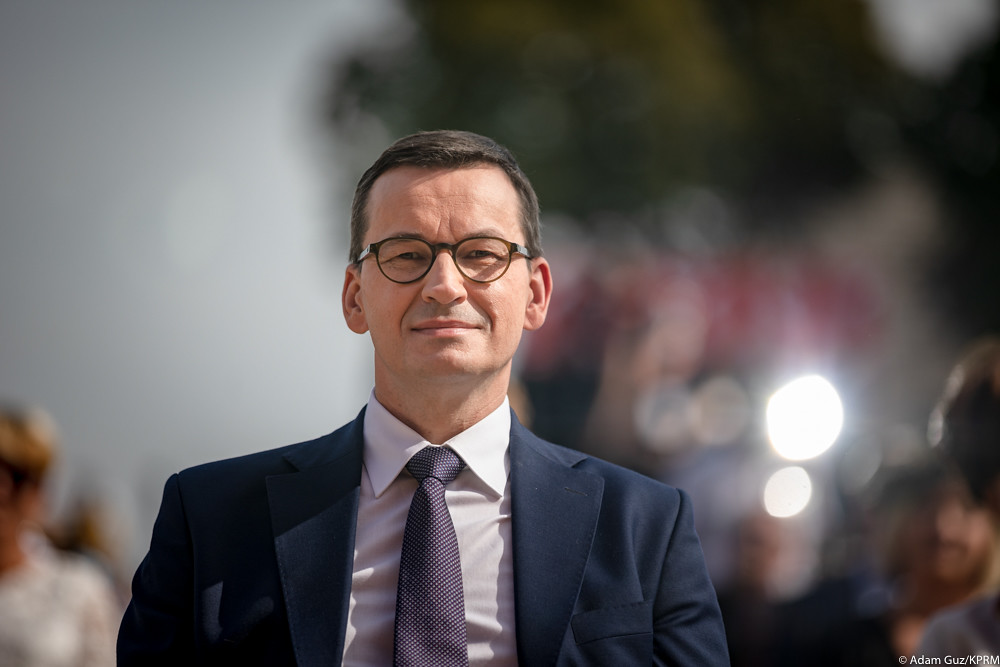 The Polish prime minister accused the European Union (EU), this Monday, of “having a gun pointed at the head” of Poland, demanding that Warsaw review judicial reforms, threatening it with sanctions.

In an interview published by Financial Times, Mateusz Morawiecki urged the 27 to reverse the demand before the European Court of Justice (ETJ) to force Poland to pay a fine because of judicial reforms imposed by Warsaw.

“It will be the wisest attitude you can have. That way we would not be arguing with a gun pointed at our head”, said the prime minister, who insisted on the need for the EU to put an end to threats of sanctions.

Asked whether Poland could, in retaliation, veto important EU projects, Morawiecki responded with a question.

“What will happen if the European Commission starts World War III? In fact, we will defend our rights with all the weapons at our disposal”, he affirmed.

Poland is embroiled in a fierce confrontation with the EU over a series of controversial judicial reforms. Brussels maintains that the reforms undermine democratic freedoms, but the nationalist and populist Polish government argues that they are needed to eradicate corruption among judges.

Morawiecki’s statements have already been commented on by Brussels, with the spokesman of the European Commission, Eric Mamer, considering that the “war of rhetoric” of the Polish Prime Minister “is unacceptable”.

In a meeting with journalists, Mamer defended that the EU is a project that “has contributed with great success to the establishment of a lasting peace among its member states”.

“There is no room for war rhetoric. It is unacceptable”, added the EU spokesman, stressing that “many of Morawiecki’s political opponents” are “deeply concerned” by Poland’s growing isolation within the 27.

“I have the impression that Morawiecki has recently had some problems with English or that he’s lost his mind,” former Polish Left Prime Minister Marek Belka, now a member of the European Parliament, wrote on Twitter.

Donald Tusk, the leader of Poland’s main opposition party, has also reacted to Morawiecki’s statements, arguing that, in politics, “stupidity is the cause of the most serious misfortunes”.

Warsaw Government Spokesperson Piotr Müller told the Polish press that the Prime Minister’s comment was an exaggeration and should not be taken literally.

Since coming to power in 2015, the nationalist Law and Justice party has been in conflict with Brussels on a number of issues, including migration and the rights of the LGBT community. The oldest dispute, however, centers on the Polish Government’s attempts to take political control of the judicial system.

The matter came to a head earlier this month, when the Polish Constitutional Court ruled that some important parts of EU law are not compatible with the country’s Constitution.

The ruling by a court full of ruling party supporters came after Morawiecki asked the Constitutional to rule on whether EU law took precedence over national law.

Last week, the President of the European Commission, Ursula von der Leyen, recalled that it was the first time that a national court found that the EU treaties are incompatible with the national constitution.