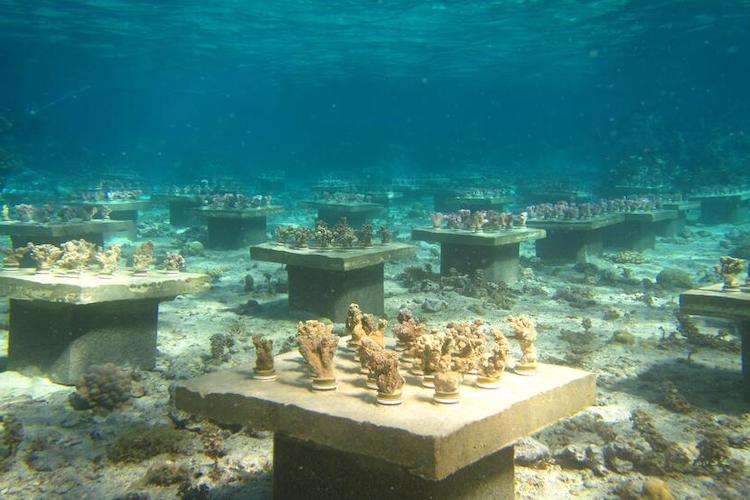 Over the past three decades, coral reefs have been under great strain and consequent destruction due to the impact of climate change. Now scientists want to minimize the damage and have already found a solution.

The goal is restore and preserve these ecosystems so important for the Planet and, as such, the scientific community has been looking for new solutions.

A new study by the Georgia Institute of Technology, in the United States, developed several planting experiments on the island of Mo’orea, in French Polynesia, to understand what would be its impact on the productivity and survival of corals.

According to the Science Direct, at tables have Coca-Cola bottle caps at the top which, as author Mark Hay explains, allows “not only to organize what species we want where, but every two months we can unscrew and weigh them so that we can get precise growth rates”.

In total, scientists planted 864 corals in the waters of the Pacific Ocean.

“Corals are the basic species of these ecosystems – they provide habitat and food for several other reef species. The negative effects on corals often have cascading impacts on other species that call coral reefs home. If biodiversity is important to coral performance and resilience, then a collapse in biodiversity could exacerbate the decline in reef ecosystems that we’re seeing around the world.” Cody Clements, one of the authors of the study.

The study, published in the journal Science Advances on September 13th, it showed that coral growth was 33% higher in polycultures than in monocultures, more specifically with the addition of three to six species.

It was also realized that this type of cultivation improves your growth and enhance your survival.

“We did the manipulations and the corals were supposed to compete with each other, but actually they perform better together than alone”, says Mark Hay.

Experts now want to better study what promotes this performance. “We need to better understand how diversity influences these processes to predict how biodiversity loss will affect corals,” concludes Clements.