Spain proposes “revolutionary solution” to lower the price of light 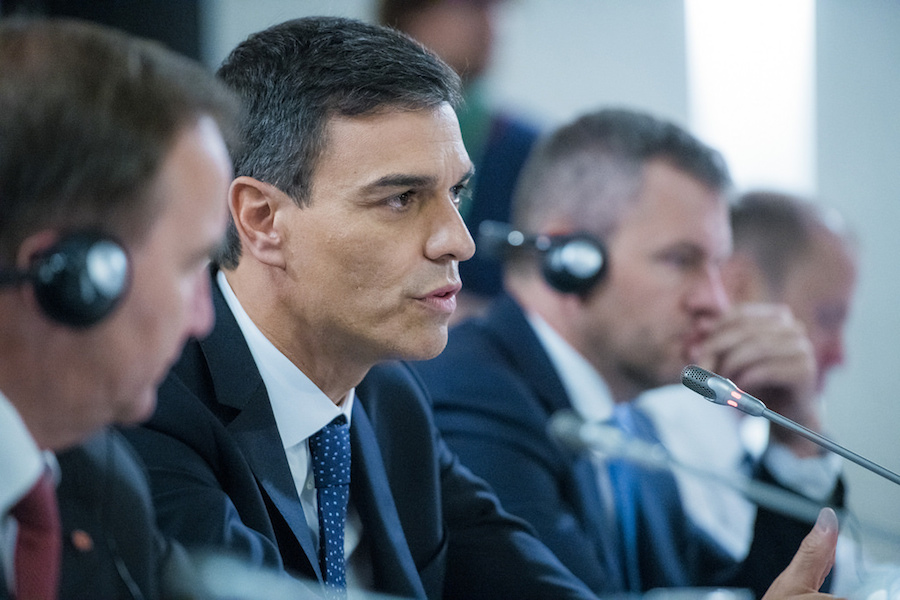 “Exceptional times call for exceptional measures”. This is how Spain will propose to the European Commission, at the extraordinary meeting this Tuesday, a “revolutionary solution” to end the escalation of energy prices. And the Portuguese can also benefit if it is approved.

Spain is going to ask Brussels for permission to abandon the European electricity price system, according to Spain’s El País.

The newspaper had access to an “unofficial document” in which Spain points out that “in exceptional situations, Member States must be allowed to adapt the formation of electricity prices to your specific situations“, as quoted by El País.

Thus, the Spanish Government puts on the table a “revolutionary solution”, according to the same diary, to allow a mechanism that reflects the cheapest price of renewable energies in the final prices of light paid by consumers.

This measure put forward by the Spanish Government comes at a time when the energy ministers of the European Union (EU) are looking for solutions to face the escalation of electricity prices, due to the rising gas prices.

“Revolutionary solution” could be good for Portugal

Spain lost patience with “the times of Brussels”, advances El País. The words of the Spanish Prime Minister, Pedro Sánchez, had already denoted the weariness with the delay of the European Commission (EC) in taking measures to face the escalation of prices.

Thus, Spain proposes a “extraordinary” and exception mechanism to “unlink” the effect of the high price of gas on the final price of electricity.

Therefore, the neighboring country wants to regain the “freedom to set their own electricity prices outside the European system”, with the aim that consumers can benefit from the lower cost of renewable energy in the making of light.

The document that El País had access to was distributed by Spanish officials before the summit of European ministers on energy, taking place this Tuesday, in Luxembourg, to find solutions to face the energy crisis that threatens recovery from the pandemic crisis.

“Exceptional Times Demand Exceptional Measures urgently”, considers Spain, noting that each increase of one euro per MWh in the price of natural gas represents 2.7 billion euros per year in additional electricity costs for all European consumers, as cited by El País.

So the idea of nuestros hermanos is to break with the current EU pricing system, where it is the most expensive energy that sets the price from all other sources. This formula eventually led to record electricity tariffs.

But in countries like Portugal and Spain, where there is a significant production of renewable energies, increasing their weight in the price formulation would motivate more advantageous numbers for consumers.

“In these extraordinary circumstances, instead of the pure marginal price signal (contaminated by the gas price spikes), the electricity price would be obtained as a average price with reference also to the clean technology cost infrastructure (especially renewable ones)”, highlights Spain.

“The price of electricity would be directly linked to the national production mix, protecting, at the same time, consumers from excessive volatility and allowing them to participate in the benefits that a cheaper generation mix provides”, also defends the Government of Sánchez.

Opposition from Germany and Northern Europe

Spain will now seek support from the other Member States to take its idea forward. But it must have the likely opposition from countries such as Germany, Austria, the Netherlands, Ireland and Finland.

These countries and others from Northern Europe have already underlined, in a letter, that they cannot support “no measures that conflict with the internal market of gas and electricity, such as a reform. ad hoc electricity wholesale market”.