More
HomeWorldWorldStatues used to decorate a garden were, after all, Egyptian relics.
World

Statues used to decorate a garden were, after all, Egyptian relics. 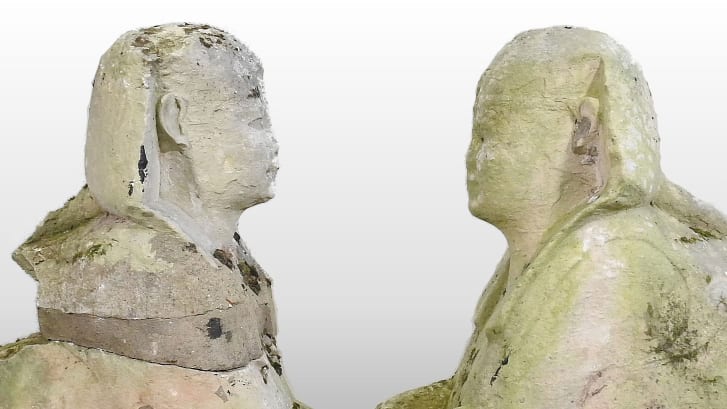 Two stone statues, used for a long time as simple garden decorations, were sold for around 230,000 euros, after the conclusion was reached that they were, after all, Egyptian relics thousands of years old.

As the CNN, recently, the Sender Auctioneers, an English auctioneer who was responsible for the sale, was contacted by a family who wanted to “get rid of” some objects before moving to a new house.

The statues in question were used, until last month, to decorate the garden of the former residence, having been bought for “a few hundred pounds” in another auction, held 15 years ago, as if they were replicas of Egyptian relics.

“We didn’t question what we were told by the owners and put the statues up for auction for between 300 and 500 pounds (about 350 to 590 euros). And that’s when the auction went crazy,” auctioneer James Mander recalled to the television station.

A few minutes after the sale began, four bidders by telephone and as many via the Internet increased their final price for 195,000 pounds, about 230 thousand euros. And it was an international art gallery that ended up winning.

“The opinion was that they were genuine examples of ancient Egyptian relics and that they somehow passed as 18th century copies,” explained the auction house in a statement.

“Apparently, these objects are thousands of years old and are genuine. It’s really amazing,” Mander said, adding that, as expected, the final price left the former owners with their jaws hanging open.