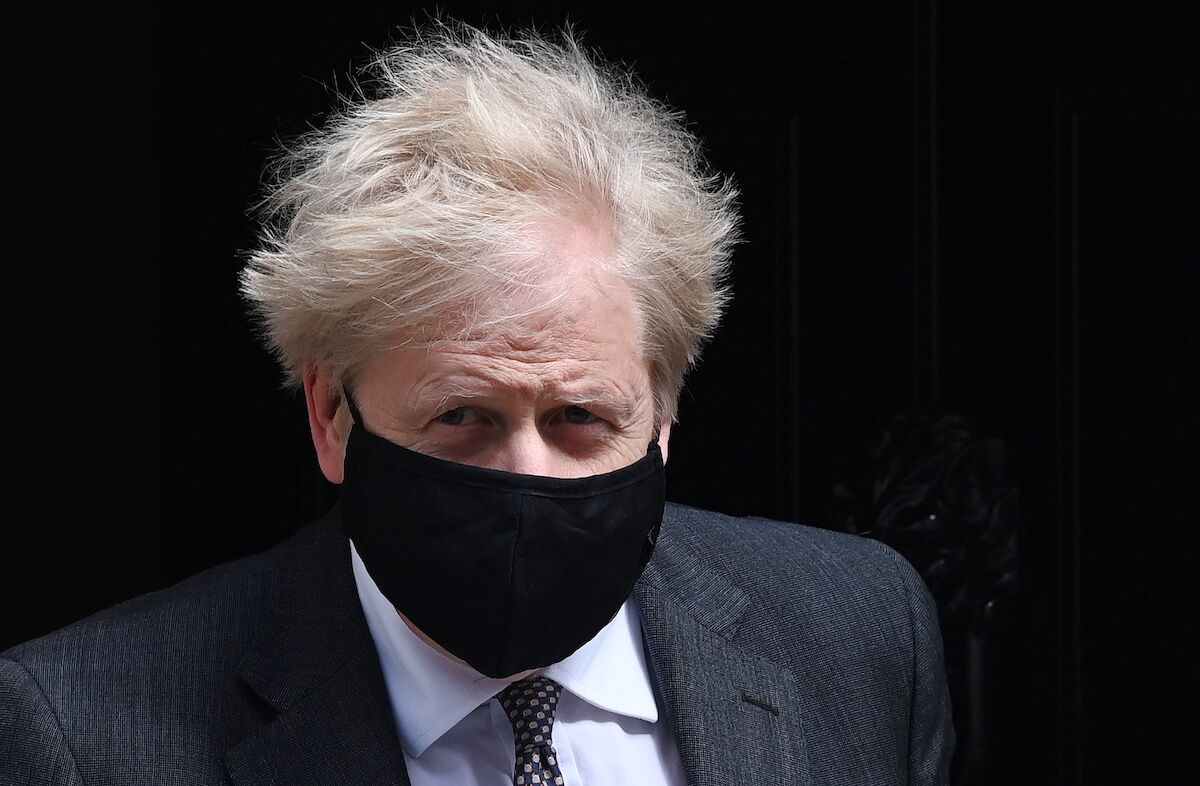 In public, Boris Johnson’s government says that it is not yet time to tighten measures to combat the pandemic, but in private it is already considering how it can move forward with Plan B.

Having initially managed to bring the pandemic under control after total discontinuation in July, the pandemic has made a comeback in the UK. Last Monday, the country registered almost 50 thousand new cases — more than triple the number of new infections from France, Italy, Germany and Spain combined.

The latest numbers also show nearly 40,000 more cases on Sunday. Faced with this great rise in infections, the chorus of voices calling for the government to move forward with Plan B to fight the pandemic has also grown.

Plan A, which is based on the booster doses of vaccine for about 30 million people and in giving a single dose to young people aged 12 to 15 years and also encourages ventilation in indoor meetings, frequent hand washing and mask use in crowded spaces. Trials are also still free.

However, many experts want a tightening of measures in the face of escalating cases. The British Medical Association (BMA) has already accused Boris Johnson’s executive of being “deliberately negligent” for not imposing tougher rules.

According to Dr. Chaand Nagpaul, clinicians can say “categorically” that “now is the time” to move forward with Plan B as the numbers are comparable to those in March, when the country was confined and which are much more severe than in other European countries.

“It is therefore incredibly worrying that Sajid Javid (Secretary of State for Health) is unwilling to take immediate steps to Save lifes and protect the National Health Service”, he said, quoted by the BBC.

The chairman of the British National Health Service Confederation, Matthew Taylor, also called on the government to move forward with Plan B to prevent chaos in hospitals. “The health service is at the limit“, he revealed to BBC Radio 4, saying that the country has to decide whether “it will fall into a crisis again” even with the scientific “evidence”.

Plan B implies the mandatory use of mask in certain scenarios, the use of vaccination certificates, the recommendation to return to teleworking and a more cautious message from the authorities.

“I think the first thing the government has to do is make sure Plan A works. If scientists are recommending telecommuting and masks, we should. So make A work better because the vaccination program has been extended and introduce parts of Plan B“, he recommended, stressing that other measures that are not part of any of the plans, such as the payment of sick leave and better ventilation in public spaces must also be implemented.

However, the Conservatives responded that Labor changed its position on Plan B three times in just four days. Rishi Sunak, the Minister of Finance responded that the data does not suggest that one should “immediately move to Plan B” and the executive has no specific data set to compel its implementation, despite having promised to monitor hospitalizations and ascents in the numbers.

Health Secretary Sajid Javid also said on Wednesday that at this stage, the executive will not go ahead with Plan B, but warned that a tightening of restrictions is likely. if vaccination levels are not sufficient.

More than four million people have taken a booster dose in England, but 14% of people over 12 across the UK remain unvaccinated. The government also denied news that it would be consider a Plan C which would prohibit visits between different families.

A spokesman for the executive warned that authorities are “following the normal metrics” used on the coronavirus and “will not hesitate to act if necessary“. Boris Johnson’s office also said that the government has listened to experts but that “they don’t always agree.”

In statements on Friday, the prime minister rejected the need for further measures and preferred encourage the population to be vaccinated. “Vaccines are the way out of this pandemic,” advised Johnson.

Health Minister Edward Argar has also denied that health services are under “unsustainable pressure” to justify further restrictions, telling the BBC that there are around 95,000 beds in hospitals, with 7000 occupied by covid patients and 6000 free.

However, despite publicly assuring that it is not yet necessary to move forward with tougher measures, according to the weekly The Observer, the government is contacting local authorities to assess your support level immediate application of Plan B.

The revelation stemmed from a document from the Health Security Agency that the newspaper had access to, but the authority declined to comment. One of the Government’s scientific advisers, Peter Openshaw, also said he fears a new “Christmas in confinement” and calls for immediate measures to “lower transmission” — which could signal a shift in government posture.

It remains to continue to monitor the pandemic situation in the country and wait to see the government’s reaction to the escalation of new cases of covid-19.