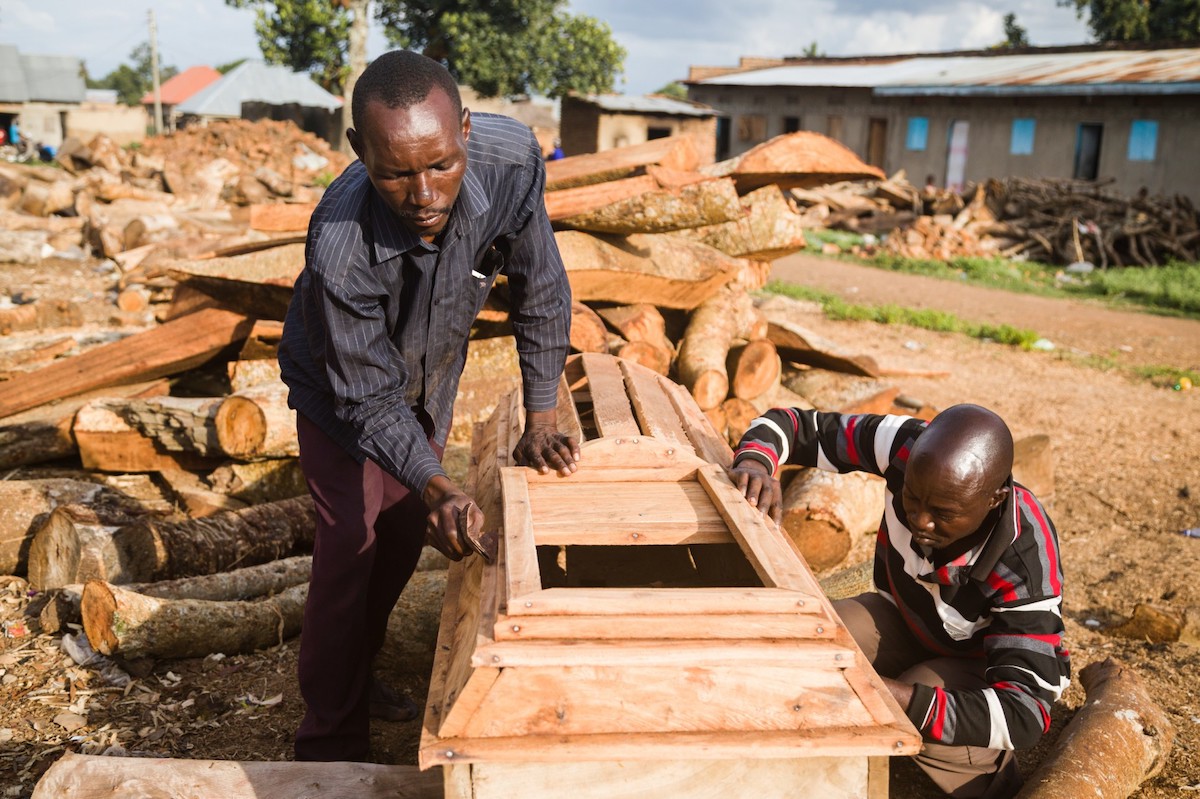 Teachers to build more accessible coffins for the population

When covid-19 forced schools to close in Uganda, Livingstone Musaala gave up his job as a math teacher to devote himself to building affordable caskets – at a time when many people were dying from covid-19 , in the region where he lives.

The choice was criticized, even from his own family, who accused him of taking advantage of the dramatic situation in the town of Bugobi, some 140 kilometers east of the capital Kampala.

“Among all business ideas, choose to sell coffins, as if you wanted people to die?”, a family member condemned, remembers the math teacher.

In the middle of the pandemic, and at a time when he had no salary, Musaala came up with the idea of produce coffins at considerably lower prices than those sold by most companies, given the high demand caused by the pandemic. “It wasn’t an easy decision, but people now appreciate me,” he says.

In this way, the neighbors of the city of Bugobi no longer had to travel long distances in order to gain access to coffins at lower prices when the death of a family member knocked on their door.

“At the height of the pandemic, business was doing well, we sold ten coffins a day“, says the former teacher, who is now a carpenter.

Your business success attracted another 30 teachers who were in the same situation. And just like Musaala, most do not want to go back to classrooms now, even if schools reopen.

This dissatisfaction in class threatens the school system. from this East African country, already heavily battered by the economic and social consequences of the pandemic.

According to AFP, about 15 million students stopped going to school, after the closing of public educational institutions, in March 2020.

Some associations fear that this situation has led to an increase in teenage pregnancy and child labor.

After several months, and without any economic resources, many schools were transformed into hotels, or restaurants. Others sink into debt, unable to pay their loans, which makes the remuneration of teachers who can resume their activities even more uncertain.

“Between education and carpentry, I get carpentry, because they pay well”, said Godfrey Mutyaba, who also opted for another professional path, to AFP. “I love teaching, but with such a low salary I wouldn’t go back”, he adds.

Livingstone Musaala has also decided that he will no longer be teaching. Although the pandemic has now calmed down in the country, the former teacher will remain as a carpenter. your goal is to diversify your offer with the manufacture of furniture.

“Covid-19 taught that there is life outside of teaching”, he concludes.

Charlene from Monaco hospitalized due to “emotional and physical exhaustion”, reveals Prince Alberto

Charlene from Monaco hospitalized due to “emotional and physical exhaustion”, reveals...

Launching ramp for the Olympic Games, this boxing gym is languishing...

Zanzibar will house a tower that looks like a falling dominoes