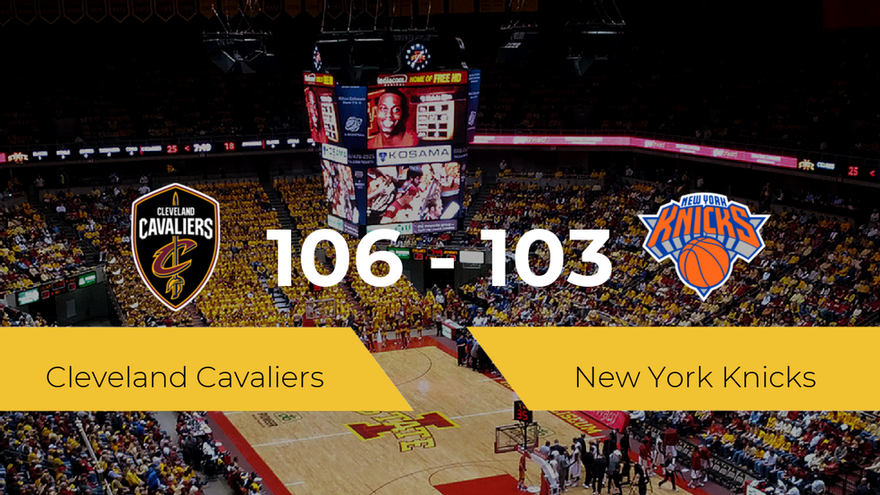 Cleveland Cavaliers was imposed as a local New York Knicks 106-103 on a new NBA day. The locals come from suffering a defeat at home with Utah Jazz by 87-117, while the visitors also lost at home with Brooklyn nets by 109-116, so after the game they accumulated six defeats in a row. With this result, Cleveland Cavaliers has accumulated six victories so far in 13 matches played in the competition, while New York Knicks he is left with five victories in 13 games played. Check the NBA standings after the duel.

The first quarter featured the Cleveland Cavaliers players, they raised the difference to a maximum of six points (12-6) and ended with a result of 28-25. Later, the second quarter was characterized by different changes of leader on the scoreboard until ending with a partial result of 29-30. After this, the players reached the break with a 57-55 on the scoreboard.

After winning the match, in the next match Cleveland Cavaliers will play against Washington Wizards at Capital One Arena. For his part, in the next meeting, New York Knicks you will see the faces with Boston Celtics at Td garden. Check the full NBA schedule.