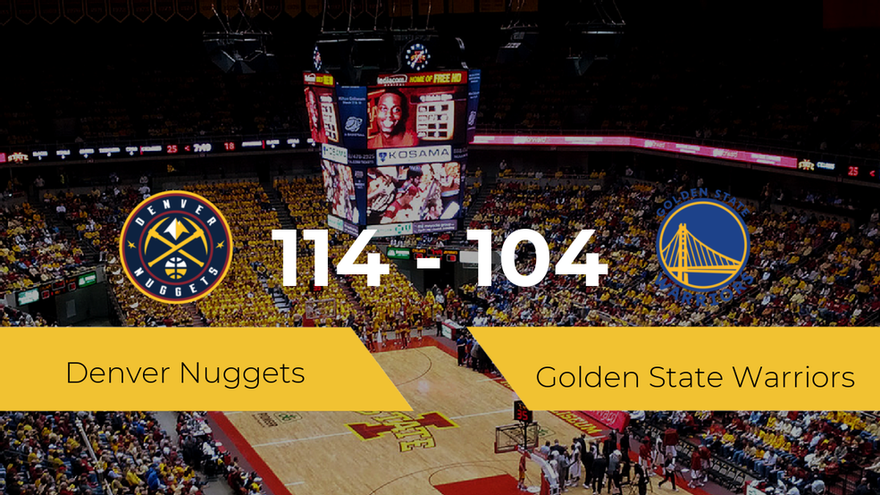 Denver nuggets managed to win at home against Golden state warriors by 114-104 on a new NBA day. The locals come from suffering a defeat at home with Brooklyn nets by 122-116, while the visitors also lost at home with Indiana Pacers 95-104 and after the game they accumulate a total of three defeats in their last five games. With this result, Denver nuggets accumulates six victories in 12 games played in the season, while Golden state warriors he is left with six victories in 12 games played. Follow the NBA rankings after the duel.

In the first quarter there were alternations on the scoreboard, in fact, the locals achieved a 10-2 run during the quarter, although the local team finally ended up distancing themselves and ended with a result of 37-24. Later, during the second quarter, the visiting team cut distances, which ended with a partial result of 28-30. After this, the rivals accumulated a total of 65-54 points before the break.

During the third quarter the local team increased its difference, in fact, the team achieved a partial during this quarter of 11-2 and had a maximum difference of 14 points (73-59) until finishing with a partial result of 25- 22 (and a 90-76 total). Finally, in the last quarter the players of the visiting team also reduced distances, although not enough to win the game and the quarter ended with a partial result of 24-28. After all this, the match ended with a result of 114-104 in favor of Denver nuggets.

The next clash of Denver nuggets will be against Utah Jazz at Ball Arena, while Golden state warriors will face Phoenix suns at Phx Arena. Check the full NBA schedule.