Harden thinks he didn’t “offend” anyone in Houston and is happy with the Nets. 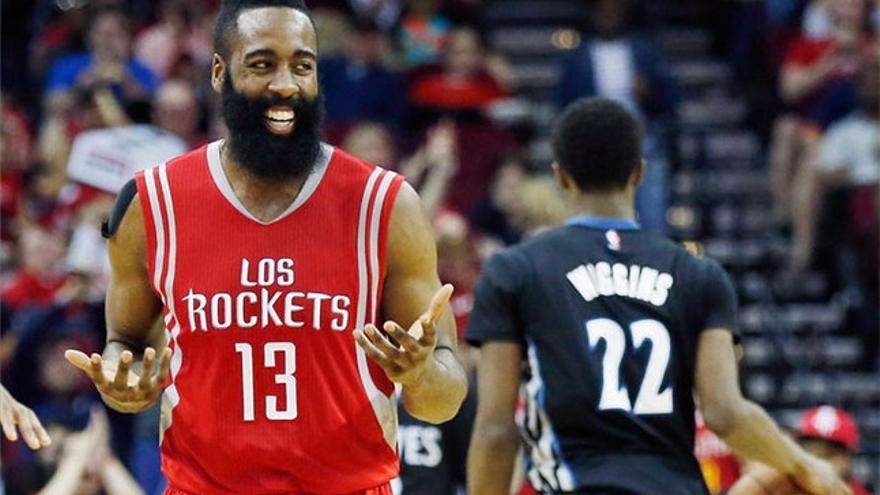 The escort James harden made his official presentation this Friday to journalists as a new player of the Brooklyn nets and declared that he did not consider that he had offended anyone by the way in which he behaved in recent months with his former team, Houston Rockets, although he regretted the progress of his march.

“I’ve had better and worse moments in Houston,” Harden said. “My last comment, that the team was not good enough to win a title, I did not do it with the intention of offending but it was my wish to achieve it at this point in my career.”

“I’m sorry because I’m not the type of person that … I don’t need the attention,” Harden explained. “The end goal was to get somewhere where I could compete, and here I am in Brooklyn.”

Harden said that after the Rockets left in the second round of the 2020 playoffs, he began to reassess his future in Houston.

Shortly after the 1-4 series loss to the Los Angeles Lakers in the Orlando bubble, without coach Mike D’Antoni, who did not renew, and the departure of general manager Daryl Morey, it was what helped him decide his exit and hence he did not want an extension for 50 million dollars a year.

Harden did not show up at the start of training camp. Days before the first game of the season, he attended a private party in Houston, which resulted in a $ 50,000 fine for violating NBA health and safety protocols and preventing him from being available for the first game, which was later postponed with the Oklahoma City Thunder.

Harden added that he has “nothing but love and respect” for the city of Houston and the Rockets as an organization. He also thanked the team and his followers on Friday in an Instagram post.

On the contrary, Rockets coach Stephen Silas, who took over the team this season after the departure of D’Antoni, now Steve Nash’s assistant with the Nets, was the first to ask Harden. did not attend more to training and the team immediately closed the transfer with four teams and eight players involved.

Precisely, the presence of D’Antoni and his former teammate with Oklahoma City Thunder, forward Kevin Durant, made the Nets their most attractive destination, although he also pointed out that the fact of their presence did not guarantee that they would get the title of league.

Besides highlighting that he was ready to coexist with “elite scorers” such as Durant and Irving, with whom he will form the new “Big 3” of the NBA, and have the opportunity to start a stage of his life in which only the basketball be your priority.

Nash already teased that as soon as Harden, who has already completed the medical exam, is available to play, it will begin.

There are still missing players involved in the transfer who have not completed medical examinations.