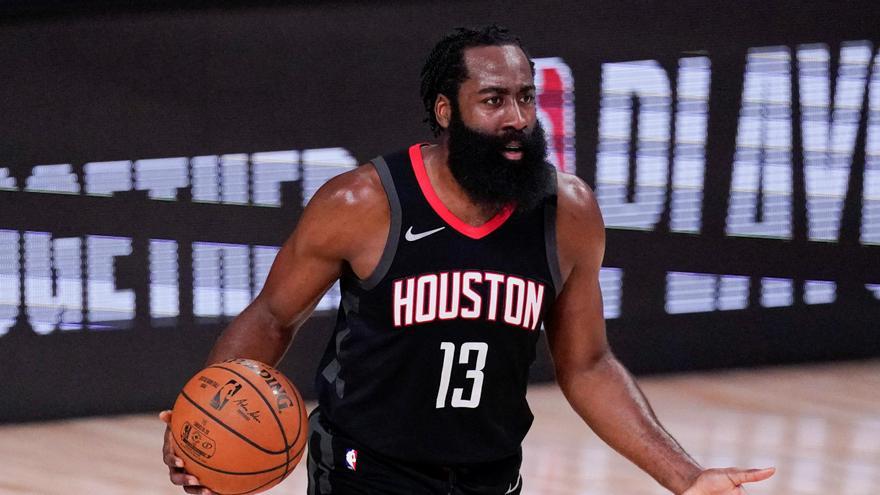 The transfer agreed this Wednesday of the star escort James harden, from the Houston Rockets to the Brooklyn nets, with the participation of the Indiana Pacers and Cleveland Cavaliers, immediately ‘burned’ the social networks with comments full of surprise and frustration.

Washington Wizards guard Bradley Beal, who now has a teammate with point guard Russell Westbrook, who played with Harden last season and also asked to leave the Rockets, tweeted “WOW.”

Donovan Mitchell, guard of the Utah Jazz, used the same word, but adding an “a” to write on his Twitter “Whoa”, with a laughing emoji.

Meanwhile, Los Angeles Lakers forward Jared Dudley was the one who used the most vulgar expression to show his “frustration” over Harden’s arrival to the Nets and form an explosive new trio with forward Kevin Durant and point guard Kyrie Irving. , currently on leave for “personal matters.”

The reactions were mainly one of surprise as the Nets gave up three first-round picks, along with quality young players Jarrett Allen and Caris LeVert, and veteran Taurean Prince.

There were also those of the most important sports programs in the country that agreed to convey doubts about how rookie coach, Canadian Steve Nash, of the Nets, whose right-hand man is veteran Mike D’Antoni (he directed Harden during the last four seasons), will decide the cast of controlling the ball on the field.

The admiration that the fans of the Houston Rockets professed to the guard disappeared completely this Wednesday after closing his transfer.

Although they were already prepared for the outcome of Harden’s departure from the Rockets, they hoped that he could at least complete this season and show on the field that the team could be a winner and that he was committed to helping them get the best compensation with his departure. .

However, Harden’s uncompromising stance in wanting to get out of the Rockets organization by any means has made him an “unethical” professional and a major “liar.”

Through social networks, some tweets that he exchanged, not long ago, with fans have started to become a trend and in which time and time again promised that he would not leave of the Rockets.

Specifically, a Rockets fan has made public an old interaction he had with Harden, 31, who asked him not to “ever” leave the team, and in which the league’s leading scorer sent him a tweet with the expression “I promise i won’t. # Rocket4Life “.

Fans are also harshly criticizing the former general manager Daryl Morey, which they also accuse of lack of “ethics” and “gratitude”, after having been supported by the team when everyone asked for his dismissal after the tweets he put in favor of the Hong Kong democratic movement, which opened the crisis with China, and then fooled them with his march to the Philadelphia 76ers.

Morey has also been held responsible for allowing Harden to do whatever he wanted on the team with the support of former coach Mike D’Antoni, now Canadian’s henchman Steve Nash, who makes his NBA coach debut as head of the Nets.

In fact, it was only when Paul was with the team beginning in the 2017-18 season that the Rockets had the best chance of ever reaching the NBA Finals.

But an injury to Paul in the Western Conference finals against the Golden State Warriors cost them elimination because Harden was unable to lead the team to victory.

The following two seasons the Rockets no longer made it past the semifinals and in all eliminations Harden was responsible for not respond as leader.

Morey also, at Harden’s request, removed Dwight Howard from the team because he did not want anyone to overshadow him.

Before leaving the Houston team, the former Rockets manager, a fan of Harden’s game, told them that he was retiring to spend more time with the family, but a week later he had already signed on as president of operations for the Sixers.

Regardless, the Rockets last November offered Harden, winner of the league’s Most Valuable Player (MVP) award in 2018, a contract extension that would have allowed him to be the first in the history of the league. NBA to win $ 50 million. But Harden rejected it and instead reiterated that he wanted to leave the team.

Now with his departure and the statements he made on Tuesday after the loss against the Los Angeles Lakers (100-117) that “I love this city”, the Rockets fans, through social networks, have defined him as a character “pathetic”, “cynical” and lacking in “ethics”.

The same supporter who once begged Harden not to leave the Rockets, after making known the promise made by the former Houston team player, limited himself to writing on Twitter: “I’m speechless.”