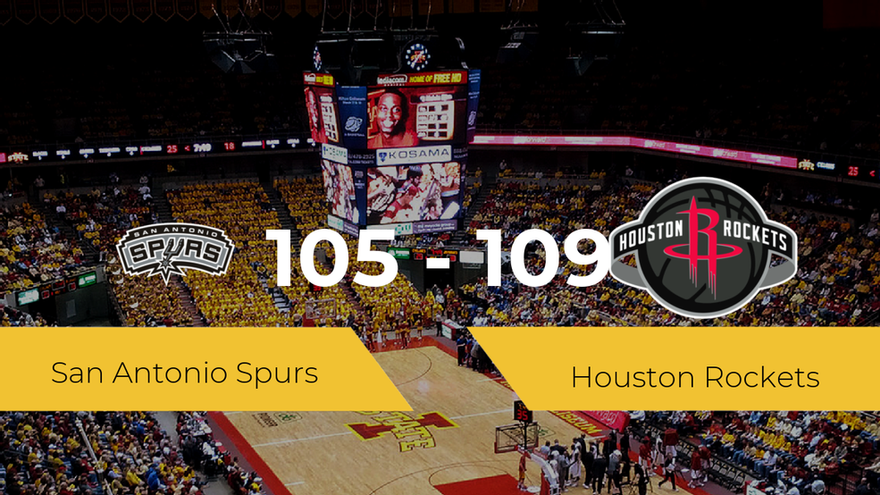 Houston rockets beat as a visitor San antonio spurs by 105-109 on a new NBA day. On the previous day, the San Antonio Spurs players defeated at home against Oklahoma city thunder by 102-112. For their part, the Houston Rockets lost at home with Los angeles lakers by 100-117. With this result, Houston rockets accumulates four victories in 10 games played in the competition, while San antonio spurs it remains with six victories in 12 disputed parties. Check the NBA standings after the game.

During the first quarter, the visitors were the main leaders in the pavilion, in fact, they achieved a 12-2 run and went on to win by 10 points (11-21) until they finished with a result of 27-30. Later, during the second quarter, the visiting team maintained its difference and concluded with a partial result of 18-18. After this, the teams reached the break with a 45-48 on the counter.