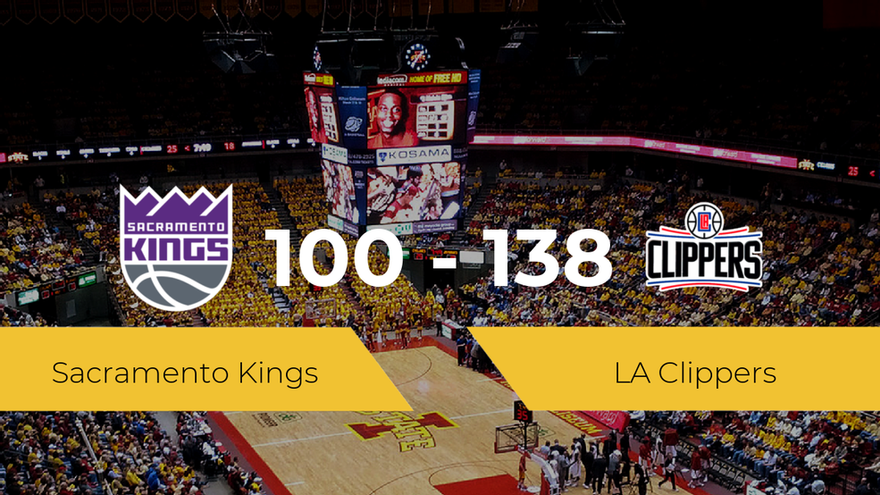 LA Clippers managed to win in front of Sacramento Kings away by 100-138 in a new NBA day. Locals come from losing home with Portland Trail Blazers 126-132, completing a four-game losing streak in their last five games. For their part, the visitors won at home against New Orleans Pelicans by 111-106, so after the game they accumulated four wins in a row. With this result, LA Clippers has nine victories in 13 games played in the NBA, while Sacramento Kings it remains with five victories in 13 disputed parties. Check the NBA standings after the game.

The first quarter had several lead changes on the scoreboard, in fact, the visitors got a 13-2 run during the quarter and ended with 31-34. Afterwards, the second quarter was again characterized by different leader changes on the scoreboard and the quarter ended with a partial score of 30-35. After this, the teams accumulated a total of 61-69 points before the break.

The next match will face LA Clippers with Indiana pacers at Staples Center, while Sacramento Kings will be measured with New Orleans Pelicans at Golden 1 Center. Check the full NBA schedule.