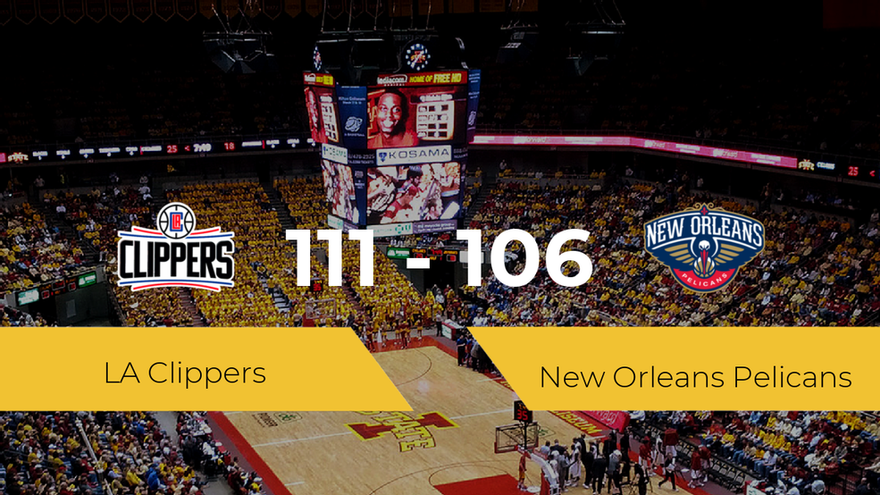 LA Clippers managed to win at home to New Orleans Pelicans by 111-106 on a new NBA day. The locals come from beating at home to Chicago Bulls by 130-127 and after this game they add a total of four wins in their last five games. For their part, the visitors lost at home with Charlotte hornets by 110-118, so after this result they completed a streak of five consecutive defeats. With this result, LA Clippers has accumulated eight victories so far in 12 games played in the competition, while New Orleans Pelicans he remains with four victories in 10 games played. Follow the NBA rankings after the duel.

In the first quarter there were several changes of leader on the scoreboard, in fact, the locals achieved a partial 10-2 during the quarter until finishing with a result of 28-28. Later, during the second quarter LA Clippers managed to distance itself in the light, in fact, the team got another partial during the quarter of 18-2 and took the maximum difference in points (18 points) at the end of the quarter, which ended with a partial result of 33-15 . After this, the teams reached the break with a 61-43 in the electronic.

In the third quarter the players of New Orleans Pelicans They cut distances on the scoreboard and finished with a partial result of 22-28 (and 83-71 total). Finally, during the last quarter the visitors also reduced differences, although it was not enough to win the game and the quarter ended with a partial result of 28-35. After all this, the players closed the match with a result of 111-106 for the locals.

The next clash of LA Clippers will be against Sacramento Kings at Golden 1 Center. For its part, the next rival of New Orleans Pelicans be Los angeles lakers, with which it will be measured in the Staples Center. Follow the NBA schedule in full.