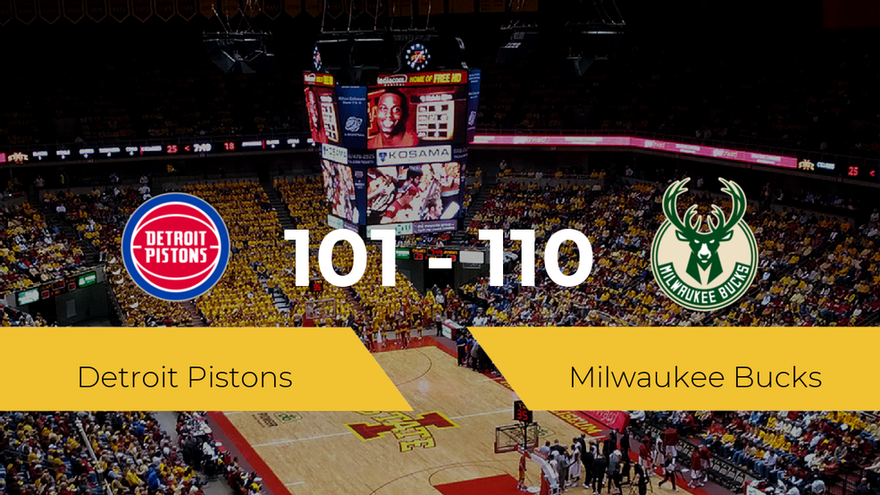 Milwaukee bucks defeated as a visitor Detroit Pistons by 101-110 in a new day of the NBA. Previously, the Detroit Pistons players were defeated at home against Utah Jazz 86-96 and after the game they completed a four-game losing streak in the last five games, while the Milwaukee Bucks beat away from home Orlando Magic by 99-121, so after the match they accumulated four wins in a row. With this result, Milwaukee bucks accumulates so far eight victories in 12 games played in the NBA, while Detroit Pistons it remains with two victories in 11 disputed parties. Check the NBA standings after the duel.

Over the course of the third quarter Milwaukee bucks he managed to distance himself in the electronic, had a maximum difference of 19 points (66-85) until he finished with a partial result of 28-31 and a total of 75-89. Finally, during the last quarter he also reduced distances Detroit PistonsIn fact, the team achieved a 13-2 partial in this quarter and reduced the difference to minimum values ​​at the end of the quarter, although it was not enough to win the match and the quarter ended with a partial result of 26- twenty-one. After all this, the clash ended with a result of 101-110 in favor of the visiting team.

On the next round of the NBA, Detroit Pistons will face Washington Wizards at Little Caesars Arena. For his part, in the next game, Milwaukee bucks will play against Dallas mavericks at Fiserv Forum. Check the full NBA schedule.