More
HomeSportsTennis"Satisfaction lasts for a limited time, there is little time to rest"
SportsTennis

“Satisfaction lasts for a limited time, there is little time to rest” 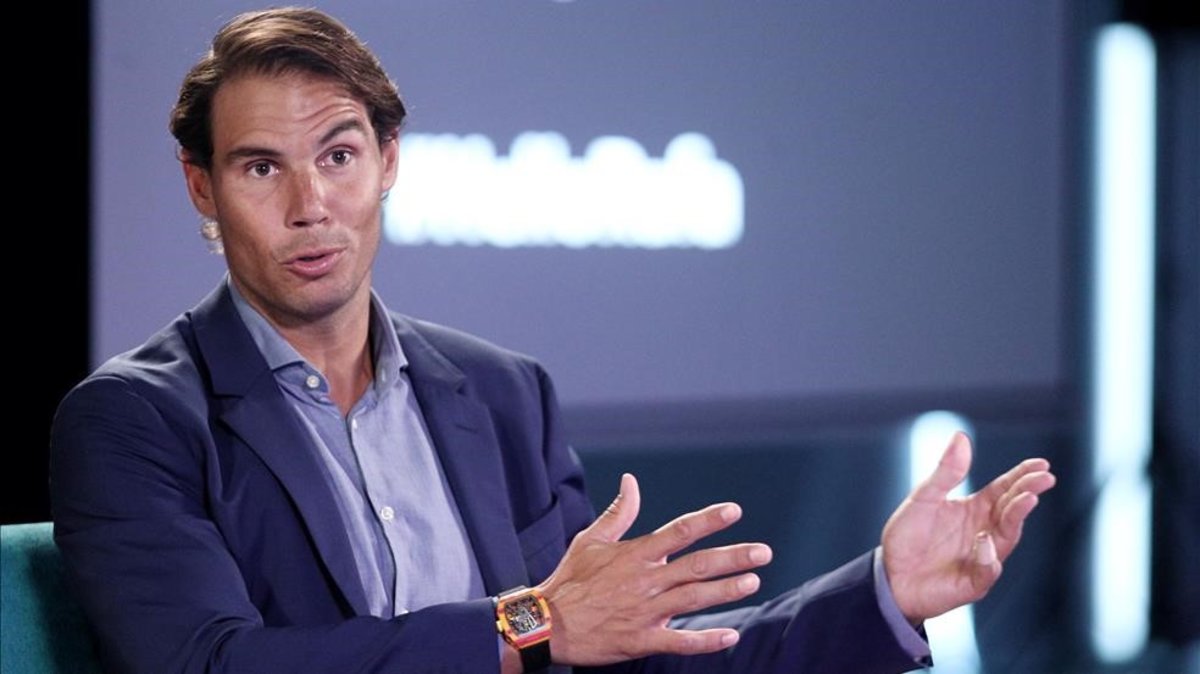 Rafa Nadal explained the demands of his career and especially of his sport, since he “competes every day” and “satisfaction lasts for a limited time”, “without fear” at the end of his professional life but “excited” about continuing to win.

“I have not lived very fast. I have enjoyed every moment. In sports there is little time to rest and sleep. When you get lost for a moment, things change and go bad,” he said in an interview with Teledeporte’s ‘Álvarez Café’ , issued this Friday.

The 20 ‘Grand Slams’ champion reviewed the highlights of a career that began at the age of 13. “There are some circumstances that help you to take a path,” he said, to recognize that it was “decisive” that his uncle Toni Nadal was coach of the Manacor Tennis Club to dedicate himself to tennis and not to football.

“That without him I would not have played tennis is already a very high percentage (to his uncle’s merit). He has been the person who has been training me with me from the beginning and who has guided me to achieve the successes that I began to achieve in 2005. I have also had my father, my mother and the rest of the family, “he added.

On the other hand, the Spaniard explained why he has a series of hobbies and routines on the track. “The pants, from a very young age. Everything else, tennis has one thing, which is mentally demanding. We compete every day, satisfaction lasts for a limited time, and every time you play you can win or lose,” he said.

“Each one finds his way to find concentration. Mine, the fact of having such marked routines helps me to have the feeling of being totally concentrated,” added a Nadal who also reviewed his start in the Davis Cup. The one from Manacor acted as standard-bearer for the team that won the first Salad Bowl in 2000 and four years later he already won the second in Seville.

“In 2004, I make my point, I was very young, a match that I remember in a special way. That extra merit was attributed to me for my age and novelty. But the architect of that final was Carlos Moyà,” he confessed. The following year would be the one of his total irruption in the world of tennis and especially in earth.

“In 2005 was the year that I began to stand out. When I arrived at Roland Garros and won it, I was very young but I was one of the favorites and I was a candidate. When you are little what we have always seen is Roland Garros, it was to make a dream A reality. The first one you have the self-confidence, he had energy to spare to compensate the nerves. The one of 2011 was very difficult and I would say that the conditions were more adverse were this year, “he recalled about his 13 titles in Paris.

After reviewing his successes in the other ‘greats’, with a special mention to his first Wimbledon, and also in the Olympic Games, Nadal was excited to continue winning. “When it comes (the end) it will come, I am still looking forward to it and without any fear. I have faced many problems, but it has always been successful. When you get injured and you have to come back it is hard,” he concluded.