UNESCO wants to include Venice in the endangered world heritage list 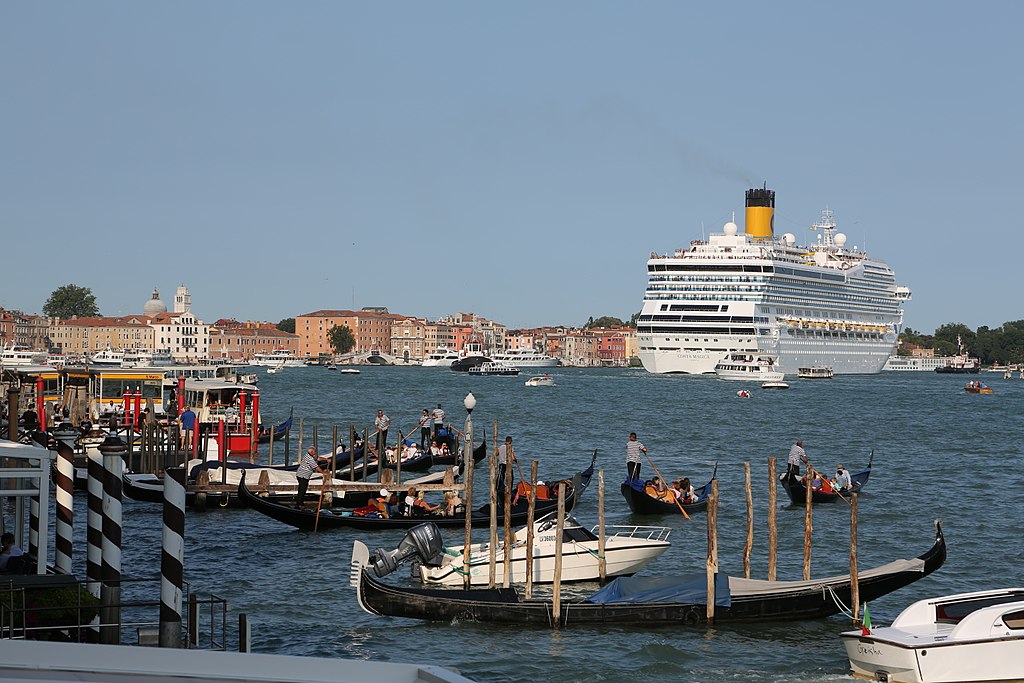 UNESCO published these recommendations one month before the next session of its world heritage committee, which will be held in China, from 16 to 31 July.

In Venice, the impact of mass tourism was one of the criteria that led the Paris-based institution to request the inclusion of the Italian city in the list of endangered heritage.

The report includes “Venice and its lagoon (Italy) on the endangered world heritage list” as the city faces “a verified and potential danger due to individual threats and their cumulative impacts”.

One of these “threats” is the cruises that continue to sail very close to the historic city center, despite the Italian government’s decision to ban them.

Remember that, in March, the central government approved a decree which would prohibit the entry of large ships, including cruises, and demanded the opening of bids for a future port outside the city.

However, the ships continue to dock in the lagoon until a new port is built. The commercial port is not ready to receive cruise ships – meaning that the first ships to arrive in Venice this summer will be docked in the city centre.

In a statement sent to CNN, UNESCO clarified that “the proposal to inscribe Venice on the list of endangered world heritage is based on technical and scientific assessments carried out by experts from the assessment bodies. The proposal reflects that there is a proven danger.”

In addition to mass tourism, the report also highlights the climate change as one of the main problems.

Other threats around the world

In Budapest, the banks of the Danube and the Buda Castle district are within UNESCO’s sights. The cause: “inadequate” demolitions and large-scale reconstructions, especially of tall buildings, that would detract from these historic sites.

The Great Barrier Reef could also enter the endangered world heritage list due to deterioration caused by climate change.

In relation to the port area of Liverpool, the threat of UNESCO is even stronger, as it is a matter of removing the site completely from the world heritage list.

According to UNESCO, the Beatles’ massive dock development project, called “Liverpool Waters,” is a threat to historic buildings. Despite repeated warnings from UNESCO, the project has not been stopped.

The Governor of Liverpool, Steve Rotheram, regretted the UNESCO recommendation.

“This is deeply disappointing. We are proud of our history, but our heritage is a vital part of the city’s revitalization,” Rotheram said in a statement posted on social media.

“I ask you (in reference to UNESCO) to accept our invitation to come and visit the city, instead of taking your decision at a table on the other side of the planet”, he added.

Another place threatened with the same sanction is the Selous Nature Reserve, in Tanzania, due to mass poaching.